CaptionCloseWhen Catalina Silva’s mother died from childbirth complications, she became a surrogate mother to 10 of her younger brothers and sisters. “Jessie was 13, and the youngest was a few weeks old,” son Al Silva said.She was an extraordinary... 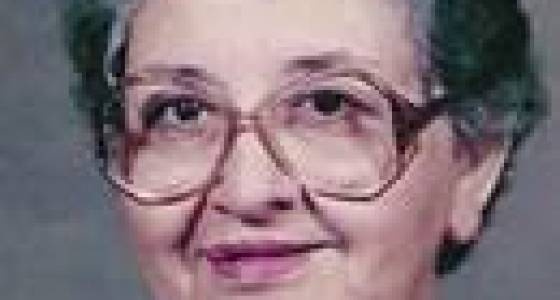 When Catalina Silva’s mother died from childbirth complications, she became a surrogate mother to 10 of her younger brothers and sisters.

“Jessie was 13, and the youngest was a few weeks old,” son Al Silva said.

She was an extraordinary woman who raised two families, her siblings and her own; all finished high school, some finished college, and many went on to enjoy successful careers, family members said.

The daughter of Jose Antonio Alfaro, a political exile fleeing the Mexican Revolution, Silva was born in Dilley.

“Her father was in charge of buying horses for the army, so when the Mexican president was assassinated in a coup, and the officers slated for execution, her father left,” Al Silva said.

Displaced by the revolution into poverty, the family stayed dedicated to firm family values, eventually making their way to San Antonio.

Silva, never going past the eighth grade, was committed to what she called “the miracle of education.”

At dinner, Silva made it a point to ask the kids questions about what they read in school, what they were studying and the new thing they learned that day. Lessons in proper speech, dress, and etiquette were everyday fare.

“Language is the reflection of your status in life,” Silva would remind them.

On Sundays, the whole family gathered together, and successes were celebrated.

“You grew up expecting to do great things,” her son said.

When money was tight, Silva found jobs to support the family.

First working for Finck Cigars and then Finesilver in the early 1950s, she later trained to use industrial machines at Goodwill Industries which led to a job at the Ace Cap Company. Later, she went back to Goodwill, her son said, having been offered a job teaching sight-impaired people how to sew. Silva rose up the ranks to become a supervisor and retired at 65.

Grandson Fred Silva said he is grateful for the opportunities his grandmother gave to his father, and the progeny following.

“She was a woman who was very self-effacing,” Al Silva said of his mother. ‘She measured all her successes as to how others did. Always.”