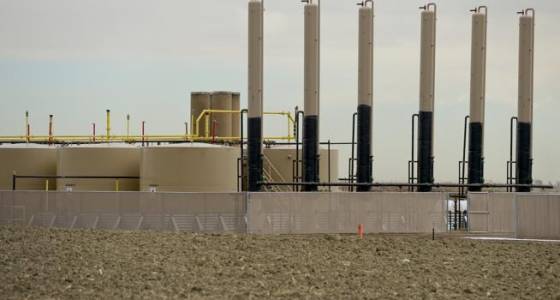 Further information: Boulder County's Oil and Gas Development web page is bit.ly/1UUQPdi. It includes information about the history, plans and policies for the county's regulations of oil and gas exploration and production facilities and will be the page on which people can sign up in advance to testify at the commissioners' March 14 public hearing.

People who want to comment during a March 14 public hearing about proposed updates to Boulder County's regulations and restrictions on oil and gas development in unincorporated parts of the county can begin signing up for speaking slots on Wednesday afternoon.

Boulder County's commissioners have scheduled a 2 p.m March 14 meeting to review the county staff's latest draft recommendations for revising the county Land Use Code's oil and gas regulations — staff recommendations that are expected to be posted online by the end of the day on March 7.

County commissioners "intend to put in place the strongest set of regulations allowed under state law to protect the health, safety, and well-being of residents and the environment," their staff said in a news release.

People wanting to speak in person at the March 14 hearing can sign up online, starting on Wednesday afternoon, through a link on Boulder County's oil and gas web page, bit.ly/1UUQPdi. People will be called up to speak in the order in which their signs-ups were received.

People can also sign up on the day of the hearing, although they will not be called on until the commissioners finish hearing from speakers who have signed up in advance.

People can also email written comments before the hearing, including documents or presentations, to oilgascomments@bouldercountyorg.

County commissioners are then scheduled to meet on March 23 to resume their own discussions of the proposed regulations and possibly take action on them. They will not take any further public testimony at that meeting.

County officials have said they expect to adopt and be ready to implement the new regulations by May 1 — the date on which Boulder County's current moratorium on accepting and processing new oil and gas development regulations is set to expire.

The March 14 hearing will come a week after the March 7 deadline for Boulder County's response to a Boulder District Court lawsuit that Colorado Attorney General Cynthia Coffman filed on Feb. 14.

Coffman alleged that the county's current oil and gas moratorium — the latest in series that the council began imposing in February 2012 — is illegal. She has asked the court to enjoin the county from continuing to enforce its present moratorium and from extending it beyond May 1.