Should more be done to investigate possible ties between President Trump's team and Russia? Editorial Board Roundtable

President Donald Trump's effective firing of Lt. Gen. Michael Flynn Monday after news reports surfaced that his national security adviser had failed to tell all to Vice President Mike Pence about the nature of his December phone calls with the Russian... 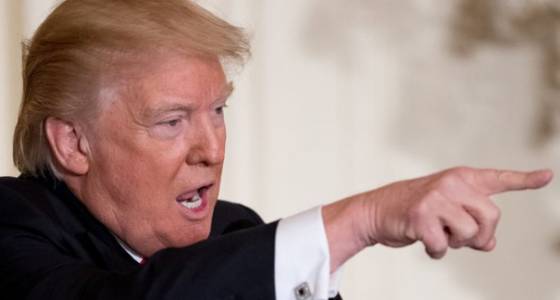 President Donald Trump's effective firing of Lt. Gen. Michael Flynn Monday after news reports surfaced that his national security adviser had failed to tell all to Vice President Mike Pence about the nature of his December phone calls with the Russian ambassador to the United States has led to yet another political firestorm.

But the initial revelations on Flynn were followed by more: that the Justice Department had informed the White House in January that Flynn had, during the transition but when President Barack Obama was still in office, inappropriately held policy discussions with the Russians, including about sanctions the Obama administration had imposed for Russia's alleged hacking and attempts to influence the U.S. presidential election.

Then The New York Times reported late Tuesday, attributing its story to four current and former U.S. officials, that there were repeated contacts between a number of Trump campaign officials and Russian intelligence figures during the campaign.

The revelations led to more tirades from the president about the "dishonest" press and about leaks from within the nation's national security establishment.

At Trump's news conference Thursday, he took the unusual public step of revealing he's asking the Justice Department to open a criminal investigation into possible leaks within the country's national security and intelligence apparatus.

"I've actually called the Justice Department to look into the leaks," Trump said. "Those are criminal leaks. They're put out by people either in agencies -- I think you'll see it stopping because now we have our people in."

Trump also said in his news conference yesterday that "the false, horrible, fake reporting" on these issues "makes it much harder to make a deal with Russia."

There's the not-so-subsidiary issue, too, of whether Flynn was acting under orders when he spoke to Russia's U.S. ambassador, Sergey Kislyak, reportedly on several occasions in late December -- and whether another shoe will drop in any investigations that may ensue.

The Washington Post reports that Flynn denied to the FBI last month that he had talked sanctions with Kislyak -- and lying to the FBI is a felony, although it's not clear in this case that it would be prosecuted.

Sen. Sherrod Brown of Ohio is among Democrats calling for a special prosecutor.

Meanwhile, a number of Senate Republicans are pressing the Senate Intelligence Committee to probe Flynn's Russian contacts, and "look into it exhaustively," as Sen. Roy Blunt, a Republican from Missouri, put it.

Are you concerned about Team Trump's reported communications with the Russians? Should Congress conduct a broader investigation? Is a special prosecutor warranted?

Our editorial board roundtable dips into the fracas with some of our individual thoughts on the matter, and we welcome yours in the comments that follow.

The Russian question -- who was talking to the Russians and why and on whose behalf -- desperately needs some answer from the FBI, intelligence agencies and Congress. Maybe there is nothing under those rocks, but it's hard to believe that all of those phone calls were about old "Apprentice" shows.

You can be sure that had Gen. Flynn been an appointee of Barack Obama, congressional Republicans would already have launched a sensational investigation. Speaker Paul Ryan? Sen. Mitch McConnell? When does the special investigating committee start to meet?

Flynn shouldn't have cut a corner, rushing to talk to the Russians when he did not yet have an official position. He tried to do a defensible thing in the wrong way at the wrong time. U.S. intelligence functionaries should not have leaked the incident to the press, and whoever did should be punished. Trump had every right to ax Flynn. While he's at it, he should fire all of the Obama holdovers.

The patriots on the left are beside themselves with glee over this, but that should not stop us all from hoping for a full, fair investigation (a nonpartisan investigation would be too much to hope for). Too many things just don't add up: How would a man as experienced as Flynn not know that his lie would be so easily exposed? And President Trump said Thursday that he had no problem with Flynn's questions, only with his lies. Was Jack Nicholson right? Or can we handle the truth? Let's find out.

Yes, Congress must aggressively get to the bottom of this matter, and those GOP senators who understand the importance of doing so for national security reasons must press congressional leadership on that. But the inferences of the Flynn incident are even more troubling: that the country's national security leadership is MIA or in turmoil; that elements of the country's national security establishment are at war with President Trump just a month into his presidency; and that Trump mistrusts his own intelligence community to such a degree that he's pulled this whole mess into the political sphere by openly directing the Justice Department to launch a criminal investigation. This dangerous internal strife must stop now.