CLEVELAND, Ohio – The boys basketball postseason begins this week with sectional games as part of district tournaments. Here is a preview of each Division III district tournament in the cleveland.com coverage area. Click on blue links for more detail... 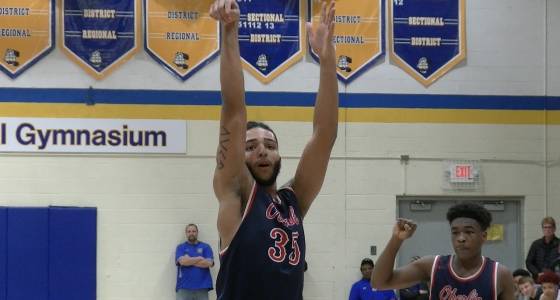 Click on blue links for more detail of a subject.

Favorite: VASJ has won this tournament four straight years, dating back to when it still was a Division IV bracket. The Vikings enter the postseason having won 12 of their last 14.

Dark horse: Warrensville Heights has been tested from the rigors of the Lake Erie League and recently pushed Division II Senate League champ East Tech. Also don’t forget about Beachwood. VASJ spoiled the Bison’s title chances in the final seconds of last year’s title game. Beachwood could get a chance to return the favor in this year’s semifinals.

Who wins the Garfield Heights District?

Dorian Crutcher, Elyria Catholic: The Panthers ascended to the No. 2 seed for this tournament behind the play of Crutcher, senior Doug Taylor Jr. and Co. Crutcher is a 6-foot-3 junior forward who has as much momentum as anyone in Division III — with big games against Rocky River, Bay and Clearview. He closed the regular season with consecutive 32-point nights against University School and the Clippers. Crutcher is averaging 21.0 points.

Alonzo Gaffney, VASJ: A 6-7 sophomore forward, Gaffney picked up his play last postseason. He has averaged 13.0 points and 6.6 rebounds while helping the Vikings to the North Coast League White Division title and top seed here.

Jerry Higgins, VASJ: Higgins closed last year’s district tournament with a last-second shot against Beachwood that sent the Vikings to Canton for regionals. The 5-9 junior point guard is a closer for VASJ and 16.9 points with 4.2 assists. Both are team highs, and so is his 2.3 steals per game.

Dechlan Kirincic, Gilmour: A 6-6 junior forward, Kirincic is coming off back-to-back games against rival Hawken and Brush — both wins — in which he scored 24 and 25 points. The third-seeded Lancers await the Wickliffe-Horizon Science winner in the sectional finals, but are venturing into the postseason without injured senior guard Jackson Clark. Sophomore C.J. Charleston has picked up the slack with his backcourt absence.

Brandon Rush, Warrensville Heights: This looked to be a rebuilding year for the Tigers, who graduated standouts Yavari Hall and Brandon Peters. But they aren’t far off from last season’s 12-win total and scored a late-season upset of Division I Maple Heights with the sophomore guard leading the way. Some of Rush’s biggest games have come against top competition: 23 points vs. Medina, 21 against Archbishop Hoban and 18 to fuel the Maple Heights upset. He also has benefited from an experienced backcourt with seniors Joe Vallery and Sha’Mar Latham.

Warrensville Heights has proven it can knock off bigger foes. The Tigers open as a seventh seed vs. No. 12 Brooklyn. The winner gets Elyria Catholic, which the Tigers have played annually during the regular season.

Like Warrensville, which plays in a bigger Lake Erie League, Martin Luther King Jr. reached the Senate League tournament. The Crusaders boast Senate Player of the Year Ronald Vann, a 6-2 guard who averaged 20 points and eight rebounds. They open with Lutheran West. The winner will face Beachwood or Kirtland on VASJ’s half of the bracket.

Who wins the Wooster District?

Favorite: Oberlin suffered a sobering loss to rival Clearview for the Patriot Athletic Conference Stripes Division title, but Kurt Russell’s group remains the top seed here. They don’t have the size of some teams here, but pressing and trapping guards coupled with 6-5 Donald Johnson keeps them a force.

Dark horse: Wellington owns a December win at home vs. Oberlin, and that makes them a team to watch. First the Dukes must get past their sectional final against No. 3 Rittman or ninth-seeded Triway. It will take a win there to potentially force a rematch with the top-seeded Phoenix.

Derek Koch, Northwestern: A Bowling Green commit and 6-8 senior forward, Koch is one of those menacing presences that could carry the sixth seed of this tournament. Koch is a tenacious rebounder who received All-Ohio first-team honors a season ago.

Donald Johnson, Oberlin: The 6-5 senior forward is a double-double threat and rim protector, who blends well in Oberlin’s guard-oriented attack. Johnson is averaging 19.3 points and 11.7 rebounds. Like Hughley, he is a returning All-Northeast Lakes District player.

Nathan Weinman, Norwayne: Another first-team all-district player from the Northeast Inland, Weinman is a 6-7 senior who committed to play tight end at Wyoming.

Oberlin’s path could be a greater challenge than a year ago with an improved Norwayne lurking as a potential sectional final foe March 3. The Bobcats showed their moxie during the district seeding meeting by selecting a sectional semifinal that slots into an early matchup with the top seed. They took it over a bye and potential second-round game against third-seeded Rittman.

Waynedale, last year’s No. 1 seed that lost to Oberlin in the title game, is fifth and plays on the bottom half of the bracket. Northwestern could have a smoother path to the finals — it opens with 13th-seeded Black River, and the winner faces No. 12 Loudonville.