Super pigs are coming to save themselves.Scientists at University of Edinburgh’s Roslin Institute have genetically engineered pigs to protect them from Porcine Reproductive and Respiratory Syndrome, or PRRS, according to findings published in the journal... 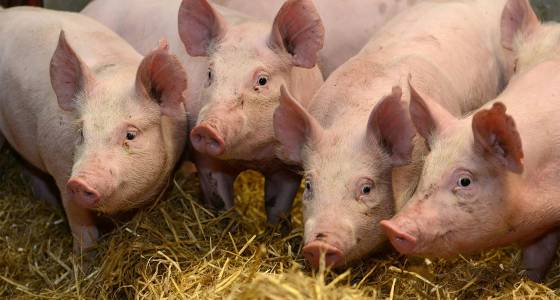 Super pigs are coming to save themselves.

Scientists at University of Edinburgh’s Roslin Institute have genetically engineered pigs to protect them from Porcine Reproductive and Respiratory Syndrome, or PRRS, according to findings published in the journal PLOS Pathogens.

This deadly infection first appeared on European and US farms in the late 1980s, and has since cost the swine industry billions of dollars a year, becoming one of the largest issues facing pig farmers. PRRS kills piglets, causes severe breathing problems in adult pigs and breeding failures in pregnant pigs.

The research team used a gene-editing tool, CRISPR-Cas9, to snip out a piece of DNA named CD163. Previous research indicated that CD163 was to blame for PRRS’s damage to pigs’ immune cells. After the offending segment had been removed, the edited embryos were implanted into mother pigs and born. After the modified pigs matured, they were bred.

Dozens of roadblocks, including public acceptance, stand in the way before GM pigs are commercialized. But this breakthrough could change the world beyond keeping your favorite breakfast side dish infection-free. In fact, the perfect pork could have positive implications for the food supply and the farming business.

“Genome-editing offers opportunities to boost food security by reducing waste and losses from infectious diseases” Alan Archibald, the lead researcher on the project, said in a statement, “as well as improving animal welfare by reducing the burden of disease.”

The Roslin Institute is famously known for creating Dolly the Sheep in 1996. They suspect GM pork products could be available within a decade.