Famagusta 12°
few clouds
BUSINESS EDUCATION ENTERTAINMENT HEALTH POLITICS SCIENCE SPORTS TECHNOLOGY
10:22 Four Benefits of Hiring a Dedicated Development Team
04:48 Mark Kelly, President of Safety Marking Inc., Discusses Structuring Effective...
17:58 Trump wants to play golf at the Biden swearing-in in Scotland - but is...
17:54 First doubts Regarding tightened Steps: two National Countries Extract...
10:39 Covid-19 : in France, the end of containment and entry into force of the...
04:34 The schools of Rome will use the Internet with light bulbs: what it is...
10:58 Kratom Tea: How Is It?
11:46 Office Furniture Products for you!
12:17 Top Clubs, Their Value, Revenue And Current Standings
11:14 Reasons Why Rewarding Yourself is a Good Practice
BIST
1542
GOLD
442.399
USD
7.3985
GPB
10.1484
EUR
9.0105
Breaking News
Online Etiquette Rules for Managing a Virtual Business
Close

Ockley Green Middle School Principal Rene Canler is on leave following complaints.PPS  The principal of Portland's brand-new middle school went on leave after the district began digging into complaints from parents and teachers, The Oregonian/OregonLive... 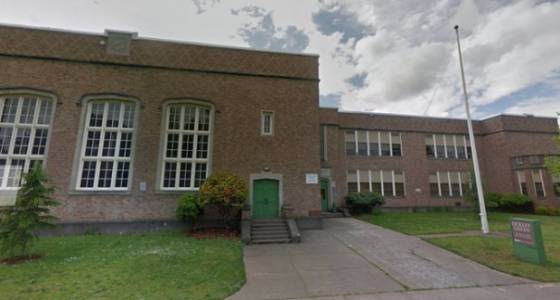 The principal of Portland's brand-new middle school went on leave after the district began digging into complaints from parents and teachers, The Oregonian/OregonLive has learned.

"We understand that this change in leadership is unexpected," Lopez wrote. "We will keep you informed and appreciate your patience."

The Oregonian/OregonLive has not been able to reach Canler.

Ockley Green Middle School serves more than 600 students in North Portland. It opened this fall as part of a larger district effort to address inequities in the Portland Public Schools system. The Portland school board voted unanimously in April 2016 to ready Ockley Green for this school year, a timeline that some have criticized as unrealistically quick and others have praised as bumpy but worth it.

Last week, several parents and school board member Paul Anthony met with Lopez and Assistant Superintendent Chris Russo about concerns regarding Canler, a former Chicago teacher and principal hired by Portland Public Schools in 2013. Parents had been pushing for the meeting after a series of meetings in the fall went nowhere, according to Anthony.

At the recent meeting, parents said Canler refused to consider non-punitive approaches to maintain calm in the school and accused him of suspending children at random and keeping the discipline off the books. Anthony said parents raised other concerns, but declined to give details.

Discipline has been an issue in the district and an area where Portland Public Schools is actively trying to do better. The district has been sanctioned multiple times for suspending and expelling black special education students at higher rates than other students.

Portland Association of Teachers President Suzanne Cohen said she'd heard from teachers that they don't have access to the district's electronic system that tracks discipline data. That's crucial because the district monitors that data and allocates support accordingly, Cohen said.

Teacher complaints to the union have been trickling in since the school opened, ranging from lack of materials, class sizes general climate and school safety, Cohen said. As one example, she cited four to five special education teachers having to share a single classroom.

Cohen said that, while it took a while for the district to address teachers and parents' complaints, once they did action was quick and impressive. She said the union was told Canler is on sick leave.

"From everything I have seen and heard the district is doing a very careful and thoughtful investigation," Anthony said.

"This does speak well of (Interim Superintendent) Bob McKean. Under his leadership they are doing a very fast and responsive -- and apparently very thorough -- investigation. I'm happy about that. He has said to me numerous times that he takes these issues extremely seriously."

Canler started out as principal of Woodmere Elementary in 2013 and in July 2016 was picked to lead Ockley Green.

The Oregonian/OregonLive on Feb. 16 asked for Canler's resume and on Feb. 23 was told the district did not have a resume on file for him.

Before being hired in Portland, Canler spent 10 years in Chicago Public Schools, according to a 2013 statement by former Portland Public Schools Superintendent Carole Smith.

"Mr. Canler has been praised for developing confidence and voice among teachers, students and their families," the statement said. "He focused as a principal on professional development for his staff; monthly parent meetings that strengthened the home school connection, and monthly fairs where students could show their work, instilling confidence."

Karl Logan, a senior director who oversees Jefferson and Grant High area schools, will fill in as Ockley Green's interim principal. Logan was Lane Middle School's principal for six years and vice principal at Jefferson for three years, according to Lopez's email to families.

"I don't think that that school was set up from the opening with all the supports they needed for any principal to be successful," Cohen said. "But why would you have someone who didn't have middle school experience start a middle school?"

Got a tip about Portland Public Schools?