School board ends contract with superintendent accused of harassment

WATERFORD TWP. -- The Board of Education has decided to part ways with its self-proclaimed lightening rod superintendent Jason "Jay" Eitner. The board voted to enter into a separation agreement allowing Eitner to resign short of his contract... 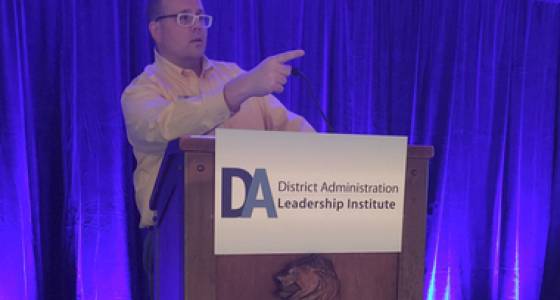 WATERFORD TWP. -- The Board of Education has decided to part ways with its self-proclaimed lightening rod superintendent Jason "Jay" Eitner.

The board voted to enter into a separation agreement allowing Eitner to resign short of his contract at a special meeting Monday night, the day before his 4 1/2-month paid leave was set to end.

Eitner said the agreement comes with a buyout of around $83,000 since his contract was through June 2018, but district officials would not confirm the amount.

His resignation goes into effect March 15, and he will remain on paid leave until then.

Meanwhile, Eitner said he has two superintendent job offers, though he declined to give specifics. One is out-of-state and the other is nearby, he said.

Eitner, of Mount Laurel, said in a statement last week that he had been offering to forego any buyout if the board would let him finish out the end of the current school year and then resign. He joined the district in July 2015 and makes $135,000 a year.

The board's action was welcomed by three teachers who have accused Eitner of harassment and age discrimination. Daniel Bittner, Patricia Chiodi and Deborah Borrelli are the only staff members whose complaints are public record because they have taken the matter to the Department of Education.

The Waterford Township Board of Education has voted three times since October to keep Eitner on paid leave while considering the results of two third-party investigations into his behavior. The results have not been released, even to the teachers who filed the complaints, but the teachers said they see this final vote as proof that the results are "guilty."

"These facts speak for themselves," they said in a joint statement Monday.

Eitner has claimed that the complaints were the result of several Board of Education members and teachers who disliked his direct leadership style and the changes he wanted to implement.

Chiodi, Borrelli and Bittner said they have no problem with change, but filed complaints because Eitner harassed and bullied them because of their age and their cooperation with the investigations into his actions.

Chiodi alleged Eitner invaded her privacy and spread false rumors about her, Bittner said Eitner tried to remove him from positions at the school, and Borrelli claims Eitner sexually harassed her with an emailed blog post on school staff spreading rumors about sexual promiscuity.

They have notified the district of their intention to sue because of Eitner's behavior and last August filed petitions to the state Department of Education to revoke Eitner's certifications.

A state Office of Administrative Law judge dismissed those petitions Feb. 13, ruling that the teachers had not exhausted local administrative remedies and that it was not a matter of law for the court to decide.

The teachers have said they are appealing the issue, as the judge erred in saying that they had not tried local remedies like filing harassment, intimidation and bullying complaints.

Eitner in earlier statements to NJ Advance Media said that he was hired as a "change agent" in Waterford and in his previous two-year stint at Lower Alloways Creek Township School in Salem County, and yet faced opposition from some teachers in both places because of changes he tried to implement.

"I have become a distraction to the learning environment and the board has legal obligations to investigate any and everything that comes across their desk or face legal suits," Eitner said of his experience in Waterford. "It's not fair to the community, staff, or students to be denied educational services because the money is being used for legal expenses."

He has said that the Board of Education was divided about him since the beginning, when they voted 5-4 to hire him.

"If I said the sky is blue, some would say it is and others would ask for a policy or investigation to verify that the sky is indeed blue," he said. "It's not a bad thing, it's who this board is. They represent all opinions of this town."

Eitner has denied being ageist, but said he cannot respond to specific allegations in the complaints because of the threat of litigation.

His proudest accomplishments, he said, are raising district test scores double digits, passing a budget increase of only .64 percent, and getting invited to the White House in 2016 to discuss district initiatives.