Schaumburg police ticketed Village President Al Larson for leaving the scene of a property damage collision and improper lane use after his car struck another vehicle on Schaumburg Road, authorities acknowledged Sunday.Larson, 78, one of the longest-serving... 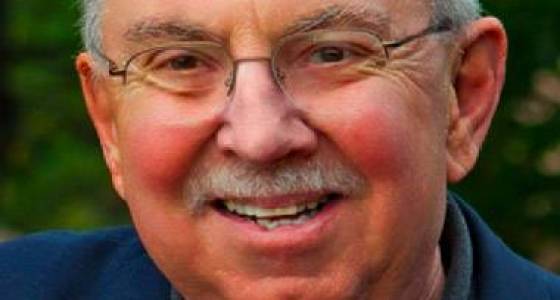 Schaumburg police ticketed Village President Al Larson for leaving the scene of a property damage collision and improper lane use after his car struck another vehicle on Schaumburg Road, authorities acknowledged Sunday.

Larson, 78, one of the longest-serving mayors in Chicago's suburbs, said he drove to the nearby Schaumburg post office parking lot after the crash and pulled over to wait for the other driver. When the other car didn't appear after five minutes, Larson said, he went home to call police.

"I was looking for a place to pull over that wasn't congested so we could exchange (insurance) cards," Larson said.

The collision occurred at 6:40 p.m. Thursday, when conditions were dark and rainy at the intersection of Schaumburg Road and Pleasant Drive, north of the Town Square shopping center, Schaumburg Police Chief Jim Lamkin said.

Larson was turning from northbound Pleasant Drive onto westbound Schaumburg Road but cut the turn close and hit a vehicle in an eastbound lane driven by a 42-year-old Schaumburg woman, Lamkin added. There were no injuries. Both vehicles were damaged but could be driven, police said.

Larson said police arrived at his door shortly after he got home and took him to the police station.

Larson told police he'd had a glass of wine at dinner before the crash. A Breathalyzer test he took within 30 minutes of the collision showed a blood-alcohol concentration of 0.048 percent -- below the legal limit of 0.08 percent, Lamkin said.

Larson's court hearing on the two traffic offenses is scheduled for Wednesday, March 8, at the Cook County courthouse in Rolling Meadows.

He said he intends to take responsibility for the crash and doesn't consider it to have any impact on his role as mayor.

"People have accidents, and I had an accident," he said. "It's a private matter between me and the other driver. It's regrettable that it happened. I guess I should have been more careful of the other drivers."

Larson said he received a nice note from the other driver expressing her wish that everything was OK with him.

Schaumburg's senior village trustee, George Dunham, said he knows of no plans among his fellow trustees to pursue any course of action in regards to the mayor's crash.

"It's pretty simple," Dunham said. "There was an accident, and no one was injured."

Larson, who has been mayor since 1987, has been involved in two previous collisions over the years, both sparking allegations that were never proven that he received preferential treatment.

Hoffman Estates police ticketed him for improper lane use after a February 2003 collision. The 20-year-old Schaumburg woman driving the other car criticized officers for driving him home afterward without conducting a breath test.

Larson blamed the woman's perception that he may have been drinking on a medical condition that occasionally causes fluid to build up in his calves and ankles, as well as creating numbness in his toes. That makes him appear to "shuffle" and move slowly, he said. Hoffman Estates police concluded he was not intoxicated.

Larson said he pleaded guilty to improper lane use and paid a $75 fine and the cost of the other driver's damage.

In October 2000, Larson backed into the car of a Madison, Wisconsin, woman in the parking lot of what is now Schaumburg Boomers Stadium, causing $240 in damage.

That woman said she waved Larson down but he refused to stop at the scene. She accused Schaumburg police of giving him preferential treatment for not ticketing him immediately.

On that occasion, Larson said he did not know he had hit the car, but once police called to notify him he drove to the police station and filled out an accident report.