The Veterans Memorial Park in Belle Plaine, Minn., incorporates a walkway with lines of American banners on side, an UH-1 Huey helicopter and a stone landmark with the engraved names of inhabitants who passed on in the Indian War of 1862, the Civil War, World Wars I and II, and the Korean and Vietnam Wars. 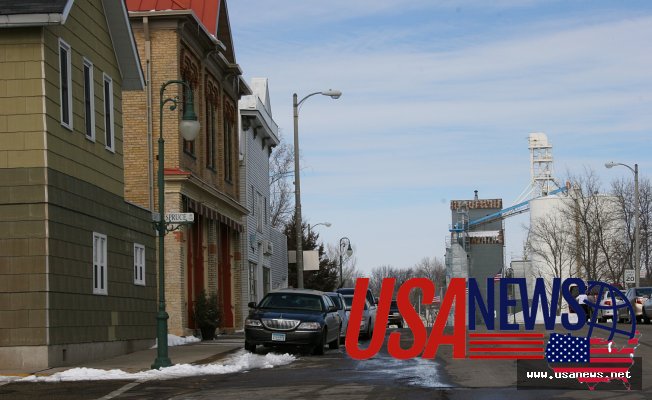 Coming soon to this one-section of land stop will be an improbable landmark from a much more impossible source: a dark steel 3D square with a brilliant reversed pentagram on each side and a vacant trooper's head protector on the top, supported by the Satanic Temple.

It will be the main landmark supported by the sanctuary to be raised on open grounds, the gathering said.

Dame Plaine, a city of around 6,900 occupants around 45 miles southwest of Minneapolis, may be a startling spot for such a point of reference, which was set off by months of open deliberation about whether an alternate landmark crossed church-state limits when it was added to the recreation center.

That landmark, supported by the Belle Plaine Vet's Club, was a dark metal outline of a trooper with a rifle bowing before a 2-foot cross.

Up until this point, just the Vet's Club and the Satanic Temple have connected to erect landmarks.

This was not the first run through the gathering has attempted to introduce a statue or landmark on open grounds.

The sanctuary will be in charge of safeguarding, introducing and keeping up the landmark, Mr. Goulson, who is the low maintenance minister at the First Presbyterian Church in Belle Plain, an assembly of 32, said on Monday that when she saw the remembrance of the stooping trooper, she doubted the need to incorporate the cross.