CaptionCloseSaratoga Springs You can't fight City Hall. At least that is the position that the Charter Commission has taken, surrendering to the City Council's will to hold off on the new charter referendum until November rather than the commission's desired... 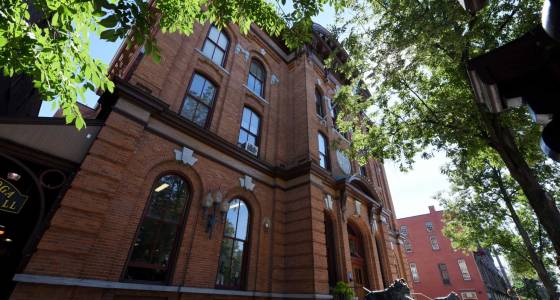 At least that is the position that the Charter Commission has taken, surrendering to the City Council's will to hold off on the new charter referendum until November rather than the commission's desired date in May.

The 15-member commission preferred to host the special referendum in May, fearing the politics of a general election, when all the City Council seats will be up for a vote, would drown out the commission's attempt to educate the public on the new charter. However, the May vote plan sparked fierce debate and a refusal to support the commission at last week's council meeting. Mayor Joanne Yepsen and Commissioner of Public Safety Chris Mathiesen argued the council should honor the plans of the commission, a politically independent group that, by law, must be funded by the city.

But the other commissioners, John Franck, Michele Madigan and Anthony "Skip" Scirocco refused to vote in favor of the $37,000 it would cost to hold a special referendum. All three felt that a May referendum would experience low voter turnout and thus would be a waste of taxpayer dollars. Franck also threatened a lawsuit if the commission continued to pursue its plans.

The commission is currently rewriting the charter, which will change the 100-year-old commission form of government to one with a city manager, a dynamic mayor and six at-large council members.

The change in date is also a win for SUCCESS (Saratogians United to Continue the Charter Essential for Saratoga's Success), which opposes attempts to abandon the commission form of government that it feels contributes to the city's economic success. The group opposed the date in May, feeling a higher voter turnout in November would help to preserve the current form of government.

Commission Vice Chair Patrick Kane said it will work diligently to educate the public on the new charter prior to the November election.

"We are confident that at the general election the charter proposal will get overwhelming amounts of public attention, which is all we wanted to achieve with a special election," Kane said. "We appreciate the awareness of effort and professionalism given our work, and we believe the public will be supportive in November as well."