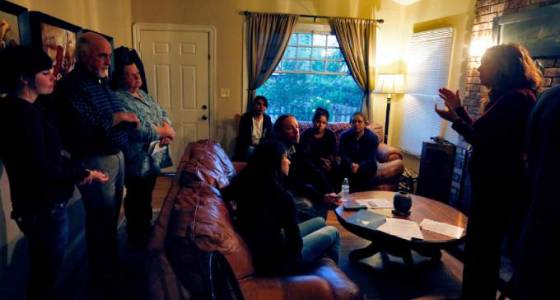 A divided Santa Rosa City Council agreed Tuesday to support legal services for low-income renters facing evictions and poor housing conditions after some council members acknowledged the city’s efforts to enact rent control last year may have exacerbated some of those problems.

The council voted 4-2 Tuesday night to give $20,000 to Legal Aid of Sonoma County to help the struggling nonprofit organization ­— two-thirds of whose clients are Santa Rosa residents — get through the fiscal year.

The relatively small funding request generated an outsized debate over what was more important — helping vulnerable people or following the standard process for city expenditures.

Mayor Chris Coursey and the majority came down on the side of helping those dealing with the impacts of the region’s red-hot housing market.

“We are an indivisible city,” Coursey said, using for the phrase the council recently adopted to express support for its undocumented residents. “To me that means more than just saying that we’re indivisible. It means actually doing something to protect the people who need it most among us.”

Legal Aid of Sonoma County provides a range of services to low-income people and has recently seen a surge in requests from renters dealing with evictions, unsafe and unhealthy living conditions, claims of retaliation, and other disputes with landlords, said Ronit Rubinoff, the group’s executive director.

The organization gets no funding from the city but last year assisted about 350 Santa Rosa households, representing about 1,000 seniors, immigrants, and children, Rubinoff said. Those numbers increased sharply after the council last year signaled its intent to enact rent control and then followed through on those plans, she said. The controversial law currently is suspended pending a June citywide referendum vote.

She added that the two volunteers who have been handing requests from Santa Rosa residents may not be able to do so much longer because of health reasons.

Several council members seemed swayed by the argument that Santa Rosa’s own actions had made the need for legal aid even greater. Councilwoman Julie Combs pointed out that the city’s own frequently-asked-questions page directs people with rental problems to the organization, which was founded in 1958.

“I believe the City Council’s actions really created a wake that had a significant impact on the organization,” Vice Mayor Jack Tibbetts said.

But councilmen Ernesto Olivares and Tom Schwedhelm both voted against the move, expressing concern that the request didn’t follow the normal budget process. Councilman John Sawyer, who was not present for the vote, previously expressed similar concerns. All three voted against last year’s decision to enact rent control.

Schwedhelm, a former city police chief, said he supports the group’s work but felt proper channels hadn’t been followed. There are likely other nonprofits doing work just as worthy that might also need funding, he said.

“We have a process for actually going through staff and vetting” such requests, and it’s the annual budget process, he said.

Olivares said he, too, worried other community groups would now step forward at any time outside of the regular process to say “I want some, too.” Councilman Chris Rogers said he could see both sides but made it clear which one he was on.