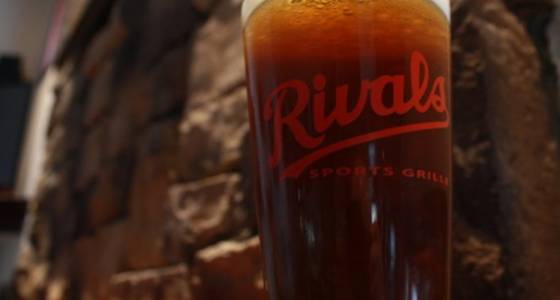 The collaboration between Rivals Brewing Co. and Hop View Brewing for Rivals Sports Grille follows the inaugural team effort, a Pale Ale that became a top seller among the bar's 30 taps.

The DIPA sounds like it is geared for serious hopheads. It holds a healthy 9.2 percent alcohol percentage and has a more-than-healthy 93 International Bitterness Units. Its billed as being citrusy, hoppy and clean-finishing, and it's made with Warrior, Chinook and Citra hops.

The ale will be tapped 5 p.m. Friday, March 3, at a launch party that includes raffles and giveaways.

Chuck Johnson, Rivals Sports Grille general manager and brewmaster, said in a release that a third beer - a lager - is in the works and timed for an NFL draft party in April. The draft is Friday-Saturday, April 27-29. Cleveland has eight picks, including the No. 1 overall selection, not counting potential compensatory picks.

Rivals is at 6710 Smith Road, near Stroud Road in Middleburg Heights.