HALIFAX—Canada’s prison service faced 1,200 legal actions at the end of last March — a figure the federal prison ombudsman says is enough to keep an entire law firm busy.“It’s an awful lot ... they are paying about $10 million... 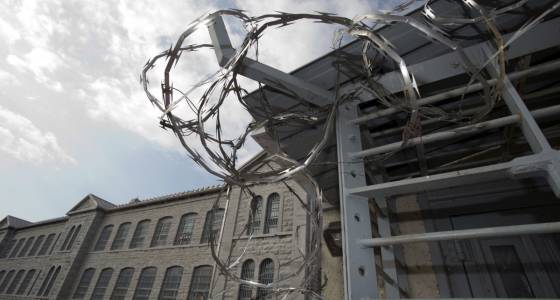 “It’s an awful lot ... they are paying about $10 million in legal fees, which is quite high. It’s equivalent to a small to medium-sized law firm,” said Ivan Zinger, the correctional investigator of Canada.

The figures, released by Correctional Service Canada to The Canadian Press, are a sign that the rising violence that Zinger documented between 2005 and last year — such as deaths, inmate-on-inmate assaults, and guards’ use of pepper spray — need to be further addressed, he said.

“That’s an awful lot of energy devoted to fighting lawsuits and I’m of the view some of that energy could be better channelled by developing a strategy to reduce the number of issues raised in the lawsuits,” he said during an interview.

Of that total, about 459 are civil lawsuits — rather than human rights cases and coroners’ inquests — with CSC estimating about a quarter to a third — 115 to 152 — involved assaults or deaths of prisoners, according to the federal agency.

Zinger, who was appointed in January, said the CSC has about 15 lawyers on staff, and uses the federal Department of Justice for further legal advice.

Deaths and injuries in custody could be reduced with changes such as reducing overcrowding, improving mental health services, increasing parole, and teaching guards alternatives to using pepper spray in prisons, said Zinger.

During the year, the department paid out $643,000 in out-of-court settlements.

Zinger said when families and inmates are asked to remain silent about the deals, it can prevent them from speaking publicly about the circumstances surrounding injuries and deaths of loved ones — and reduces the incentive for CSC to bring about internal changes.

Zinger has been travelling the country since taking on his new job, providing a slide presentation critical of a “decade of law and order” under the Harper government that saw a 10 per cent increase of prisoners, to about 14,241 people as of last year.

As the violence rose, so did the legal actions. Five years ago, there were just 320 active civil claims, with about 80 to 106 as a result of injuries or deaths of inmates.

In an email response to questions, a spokeswoman for Correctional Services said it continues to consider Zinger’s views, but didn’t indicate if it plans to decrease the number of non-disclosure agreements or take specific actions aimed at reducing the number of legal actions.

However, Sara Parkes said in an email the service has established review committees to consider its actions and responses to any deaths in custody due to unnatural causes.

“We also hold regular meetings to review the findings, recommendations and data trends from National Boards of Investigations into deaths in custody to enhance the effectiveness of interventions,” she wrote.

Parkes said the use of pepper spray is being balanced with a process called “dynamic decision making,” where guards learn to use a variety of responses to prisoners, including “verbal and non-verbal communication, negotiation, conflict resolution and de-escalation techniques.”