ST. PETERSBURG — The St. Petersburg-Habana Yacht Race was more than just a sporting event for the McMasters family. It was part of their identity.7 Months Ago7 Months Ago5 Months AgoThe regattas ran for three decades and Lew McMasters Sr. took part in every... 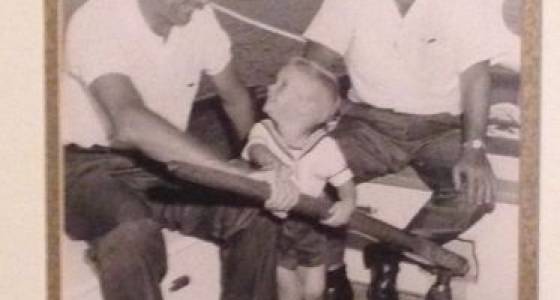 ST. PETERSBURG — The St. Petersburg-Habana Yacht Race was more than just a sporting event for the McMasters family. It was part of their identity.

The regattas ran for three decades and Lew McMasters Sr. took part in every one of them. He was commodore with the yacht club sponsor in the race's first year, 1930. He helped organize the event from year three on. And, with his children as crew, he won the race in 1959 — the last year it was held.

On Tuesday, the St. Petersburg Yacht Club will resurrect the race after a 58-year hiatus as 550 sailors aboard 80 yachts set off at 10 a.m. for a journey from the St. Petersburg Pier to Havana's Marina Hemingway that will run one to two days across 284 nautical miles.

Among the participants will be the grandchildren of Lew McMasters Sr. — John McMasters, 62, of St. Petersburg, and his sister, Martha Pearson, 64, of Atlanta. Their father Lew McMasters Jr. was also part of the 1959 champion crew.

"We're the third generation of our family to be part of it," said John McMasters, who will captain a boat named the Cool Cat I. "The McMasters never missed one. We had to continue the tradition. It's always been a part of us."

The St. Petersburg-Habana Yacht Race was founded in 1930 by George "Gidge" Gandy Jr. — the man whose toll road first linked Tampa and St. Petersburg by land — to promote the region and help it recover from the Great Depression.

The first race featured 11 boats, including Lew McMasters Sr.'s Marelen II — a mashup of the names of his wife Margaret and his daughter Ellen. He placed third.

"He was big time," said George Pennington, chairman of this year's race. "There's a reason his picture hangs on the yacht club's wall. He was a big part of the regatta."

Depression-driven financial woes forced McMasters to sell the Marelen II before the 1933 race. He crewed on another boat. The winner that year? The Marelen II.

"Yep," John McMasters said with a chuckle. "That's how it goes."

The race was suspended from 1942 through 1945 for World War II. When it resumed in 1946, Lew McMasters Jr. joined his father. A few years later, they raced a new family boat, the Marelen III, and Ellen McMasters joined her father's team.

In 1952, boats arrived in Havana in the midst of a military coup and bullets pierced at least one sail, according to the St. Petersburg Yacht Club's website.

Another year, Lew McMasters Jr. was almost done in by illness.

"My dad came down with appendicitis during one race," John McMasters said. "They finished the race and then took him into Havana for an emergency appendectomy."

The race would grow to include more than 30 boats a year with large crowds at each end of the course. And it succeeded in bringing international acclaim to St. Petersburg.

But in 1960, following the rise of Cold War-era communism in Cuba, the event was canceled.

Inspired by the initiative to normalize relations with Cuba under President Barack Obama, the St. Petersburg Yacht Club revived the race.

But with President Donald Trump threatening to roll back Obama's Cuba policies, there is no guarantee the race will return next year. That makes taking part this year all the more important for the McMasters family.

"Who knows if there will ever be another one," John McMasters said. "If we come in first, great, but I'm not thinking of that. We win by being part of it."