Famagusta 11°
clear sky
BUSINESS EDUCATION ENTERTAINMENT HEALTH POLITICS SCIENCE SPORTS TECHNOLOGY
10:22 Four Benefits of Hiring a Dedicated Development Team
04:48 Mark Kelly, President of Safety Marking Inc., Discusses Structuring Effective...
17:58 Trump wants to play golf at the Biden swearing-in in Scotland - but is...
17:54 First doubts Regarding tightened Steps: two National Countries Extract...
10:39 Covid-19 : in France, the end of containment and entry into force of the...
04:34 The schools of Rome will use the Internet with light bulbs: what it is...
10:58 Kratom Tea: How Is It?
11:46 Office Furniture Products for you!
12:17 Top Clubs, Their Value, Revenue And Current Standings
11:14 Reasons Why Rewarding Yourself is a Good Practice
BIST
1524
GOLD
439.288
USD
7.4448
GPB
10.1627
EUR
9.0064
Breaking News
Why Do We Prefer to Game on Our Smartphones?
Close

Retired cop: city is ‘punishing’ me by not letting me carry gun

A newly-retired hero detective with more than 600 arrests wants to carry a gun in retirement — but the NYPD has treated him like a common criminal in denying his application, he claims in a legal petition.Louis Torino, 41, believes the NYPD is being... 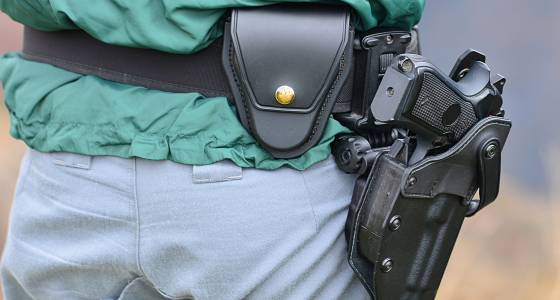 A newly-retired hero detective with more than 600 arrests wants to carry a gun in retirement — but the NYPD has treated him like a common criminal in denying his application, he claims in a legal petition.

Louis Torino, 41, believes the NYPD is being vindictive because he retired early on a lucrative disability pension, according to court papers.

The Staten Island gumshoe hurt his right hand, arm and shoulder in 2015 while chasing down a “bad guy,” and retired in October after 18 years on the force, he says in legal papers.

He was granted a tax-free disability pension equal to three-fourths of his annual $102,000 salary. While the injury prevents him from doing police work, he claims, he had surgery and healed well.

He said he needs a firearm for his own protection, especially after an active career that saw him make “an amazing total of 631 arrests, including 220 felonies, and 55 federal arrests.”

Torino’s work included a 2013 sting that nabbed 39 people for running guns and drugs across Staten Island; a 2014 takedown of a violent drug ring blamed for 29 shootings and three murders; and the 2015 collars of 10 people who sold cocaine and heroin.

He “has testified in open court against extremely violent individuals, gang members and members of drug cartels,” court papers note.

In 2013, one gang member Torino had helped lock up told him, “When I get out of here I will kill you,” claims Torino.

But when Torino, who also wants a gun for private-security work, went to the department last week to apply for a “concealed carry permit,” he was rejected, with officials stamping “No firearms” on his NYPD identification card.

While two department doctors said his injury should keep Torino from having a gun, the former detective says four other doctors have contradicted that assessment. He also passed a test by an FBI-certified instructor on a shooting range using both of his hands, he claims in a Manhattan Supreme Court filing asking a judge to grant him a gun license.

“One wonders if by granting Detective Torino 3/4 pay for the line-of-duty injury, that the NYPD is ‘punishing’ him for this,” reads his petition.

“Somehow the NYPD does not give a damn about this retired detective, otherwise, they would have put him on the firing line and found out quickly that he can shoot perfectly well with both hands.”

The no-firearms label is a scarlet letter that suggests Torino “had some kind of highly negative issue or a bad problem at the end of his career which caused the NYPD to mark his identification card in such a manner, stigmatizing and disparaging his entire 18 year law-enforcement career,” the filing alleges, adding that there is “not a negative blip on this detective’s record.”

“Here’s a man with a stellar reputation in the police department — he’s done nothing wrong,” said Torino’s attorney, John Chambers.

The city will review the legal filing, a Law Department spokesman said.