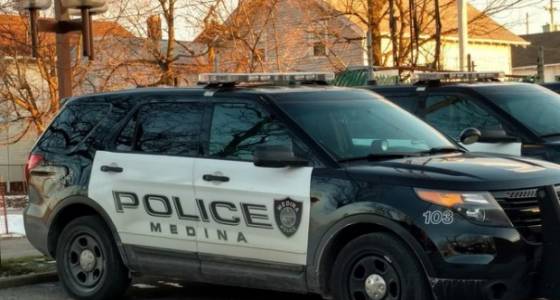 MEDINA --- Disturbance, Broadway Street: Police responded to a call of a possible fight at 5:30 p.m. Feb. 27. Officers found several juveniles playing basketball and determined that no fight had occurred.

Traffic offense, E. Smith Road: A semi driver was cited at 5:29 p.m. Feb. 27 for illegally driving on a restricted roadway. No further information was available at the time of the report.

Trespassing, S. Broadway Street: A library employee called police at 4:38 p.m. Feb. 27 to report that it was believed a person who was asked to leave several times was still inside the building. No further information was available at the time of the report.

Fight, Northland Drive: A man was reportedly taken to Medina Hospital with undisclosed injuries at 11:56 a.m. Feb. 27 following a fight at a residence.