DADE CITY — Defense attorneys for Curtis Reeves continued their impeachment of the investigation leading to Reeves' arrest in 2014 after he shot another man inside a movie theater, calling into question the thought processes of the crime scene detective... 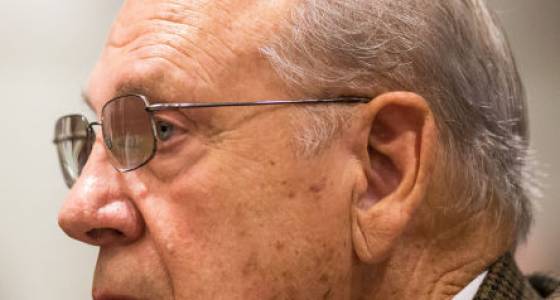 DADE CITY — Defense attorneys for Curtis Reeves continued their impeachment of the investigation leading to Reeves' arrest in 2014 after he shot another man inside a movie theater, calling into question the thought processes of the crime scene detective after the shooting.

Prosecutors raised repeated objections to the defense questions, arguing what led to Reeves' arrest wasn't relevant to the judge.

Reeves, now 74, a retired Tampa police captain, faces a charge of second-degree murder for shooting Chad Oulson, a fellow patron inside the Cobb Grove 16 theaters in Wesley Chapel on Jan. 13, 2014. He's also been charged with aggravated battery with a deadly weapon, as the single bullet Reeves fired injured the hand of Oulson's wife before it struck Oulson's chest. Reeves has invoked Florida's controversial "stand your ground" law, claiming he shot Oulson in self defense.

This week and last, attorneys have been questioning witnesses in front of Pinellas-Pasco Circuit Judge Susan Barthle, who will decide if "stand your ground" applies in this case. If she rules that it does, Reeves will be immune from further prosecution on both charges.

Richard Escobar, Reeves' lead attorney, questioned Pasco County sheriff's Detective Aaron Smith, who was in charge of the crime scene when deputies arrived at the theater more than three years ago. Escobar sought to cast doubt on the competency of Smith, who had only once been the crime scene detective on a homicide before that day and had not yet taken a course on investigating homicides.

Escobar asked why Smith or other detectives didn't view security footage from inside the theater before they decided to arrest Reeves. Why Smith didn't record interviews with Reeves' wife and son — the latter, a Tampa police officer — and why Smith destroyed a diagram the son had drawn depicting where he was in the theater during the incident. Whether detectives weighed Chad Oulson's cell phone, which the defense asserts he threw at Reeves seconds before the gunshot.

Smith, maintaining his composure on the witness stand, explained to Escobar in an unwavering voice his decisions and common practices within the department.

Assistant State Attorney Glenn Martin objected to several of Escobar's questions, arguing that what led to the detectives' decision to arrest Reeves wasn't relevant in this hearing.

"We already know what (detectives) thought," Martin said. "That is water under the bridge."

"I've kind of lost track of the question 10 minutes ago," Barthle said.