It looks as though the 49ers may not be getting Redskins quarterback Kirk Cousins, after all.Cousins, who reportedly said he’d welcome a trade to San Francisco, had an exclusive franchise tag applied to him by the Redskins. Additionally, NFL Network’s... 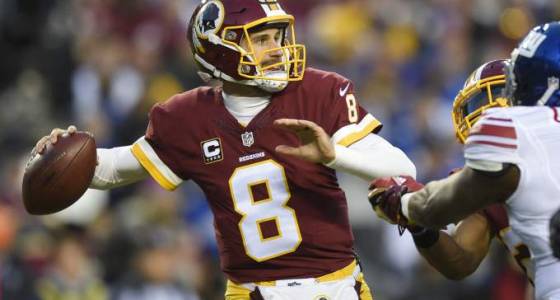 It looks as though the 49ers may not be getting Redskins quarterback Kirk Cousins, after all.

Cousins, who reportedly said he’d welcome a trade to San Francisco, had an exclusive franchise tag applied to him by the Redskins. Additionally, NFL Network’s Ian Rapoport reported that Washington intends to keep their 28-year-old quarterback.

“He is not going anywhere,” Rapoport said. “They decided that they are not going to trade him to the 49ers.”

By applying the exclusive tag before Wednesday’s franchise tag deadline, Cousins and his agent can’t negotiate with any other teams. The Redskins have essentially locked him up for another season, although rules say they could still work out a trade.

49ers coach Kyle Shanahan was Cousins’ offensive coordinator before in Washington and San Francisco reportedly was hopeful of having them reunited. Now Cousins has become the first quarterback in NFL history to be hit with the franchise tag in consecutive seasons since the rule’s implementation in 1993.

Cousins will reportedly receive nearly $24 million in 2017 if he and the Redskins aren’t able to successfully negotiate a long-term deal. Both sides have until July 15 to reach a deal.

Grant Cohn's Inside the 49ers blog