READINGTON -- Readington Township must pay $379,767 to the owners of Solberg Airport to reimburse their legal fees in a lawsuit that successfully overturned a zoning ordinance adopted by the Township Committee that limited aviation activities at the airport,... 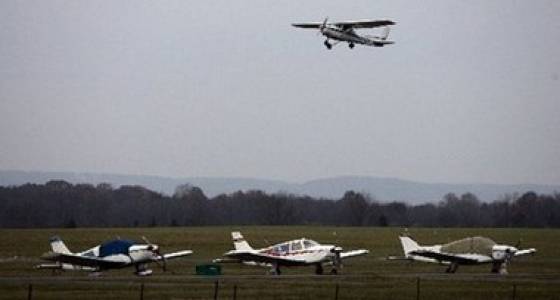 READINGTON -- Readington Township must pay $379,767 to the owners of Solberg Airport to reimburse their legal fees in a lawsuit that successfully overturned a zoning ordinance adopted by the Township Committee that limited aviation activities at the airport, a Superior Court judge has ruled.

A consent judgment, entered by Assignment Judge Yolanda Ciccone in Somerville on Wednesday, was based on an agreement reached by the township and the airport as to the amount that was owed for legal fees, Ciccone said.

Ciccone had ruled in January that the Solberg owners were entitled to recover their legal fees, but she did not set a specific amount.

Ciccone appointed a special master to study the legal bills and recommend an amount, but she said in her ruling that a special master is not needed because the township has "relinquished" its right to contest the amount and has accepted the $379,767 as the correct amount.

However, the zoning case is far from over, said attorney Richard Cushing, who is representing the township.

Although the township has accepted the amount owed for legal fees, it does not accept the ruling overturning the zoning ordinance and will be pursuing an appeal of that ruling, Cushing said in a telephone interview on Monday.

In October, Cushing took over both the long-running zoning case and a related case in which the township tried to take over the airport by eminent domain.

As part of Ciccone's ruling, she gave the township until March 17 to seek a stay, or delay, of the requirement to actually pay the $379,767, and the township will be filing a motion seeking that stay, Cushing said.

In the separate case, filed in 2007, the township condemned the airport and took it over by eminent domain. The township had tried to take over the 624 acres at the airport not used for aviation and also took the development rights to the 102 aviation acres.

In 2015, Superior Court Judge Paul Armstrong threw out the condemnation action by the township, saying it was "a manifest abuse of the power of eminent domain."

He later ordered the township to pay $2,970,983 to reimburse the legal fees paid in that case by the Solberg-Nagle family, who own the airport. The township has paid that amount.

in 2016, another judge, Paul Miller, threw out the zoning ordinance, saying the two cases are directly related.

Armstrong's decision meant that the zoning ordinance could not stand because "the entirety" of the Solberg Airport is licensed by the state for airport purposes, so it "must be zoned to allow airport-related activity," Miller said. Judge Ciccone then ruled that the Solbergs were again entitled to legal fees.

However, Cushing said, the township takes the position that the zoning case is "separate from the condemnation case," and therefore the airport owners are not entitled to legal fees.

Should the condemnation ruling be overturned, "We're hoping there will be a domino effect" and the zoning ruling will also be overturned, Cushing said.

The township has argued that the zoning case is a "prerogative writ" case that does not allow for "fee shifting."

In accepting the $379,767 figure, which will be paid if the appeal is lost, the township determined that the amount of hours submitted by the Solbergs' attorney, Larry Orloff, was about the same as the hours spent by the firm that represented the township, Cushing said, so it appeared to be a correct number.

Although Orloff's proposed hourly rate of $700 was "exceedingly high," the township was able to get that amount reduced to $650 as something of a "compromise," Cushing said.

The township then made a "business decision" that it would be better to accept the $379,767 than to pursue a "losing proposition" of paying more legal fees to contest those legal fees, Cushing said.

Orloff, the Solbergs' attorney, was not immediately available for comment on Monday.