Galleries Videos CONTACT ADVERTISE
Famagusta 16°
light rain
BUSINESS EDUCATION ENTERTAINMENT HEALTH POLITICS SCIENCE SPORTS TECHNOLOGY
10:58 Kratom Tea: How Is It?
11:46 Office Furniture Products for you!
12:17 Top Clubs, Their Value, Revenue And Current Standings
11:14 Reasons Why Rewarding Yourself is a Good Practice
10:56 What Egypt Has to Offer for US Travelers
12:48 How to Maximize Compensation in Your Personal Injury Case
12:28 How To Use a CBD Vape Pen for Anxiety
05:28 Second-Hand Vaping Is Harmless
05:15 Guide to Vaping and CBD Flower for Beginners
14:55 COVID-19 Recovered Ronaldo and Zlatan outshining everyone in Serie A
BIST
1325
GOLD
460.114
USD
7.9493
GPB
10.5972
EUR
9.4663
Breaking News
Tips & Trick To Buying Jewelry Items Without Spending Much
Close

No one was more responsible for the construction of Orchestra Hall than Maestro Stanislaw Skrowaczewski, who died this week (“Global giant of music made Minnesota home,” Feb. 22). The newly remodeled lobby is replete with corporate logos and tributes... 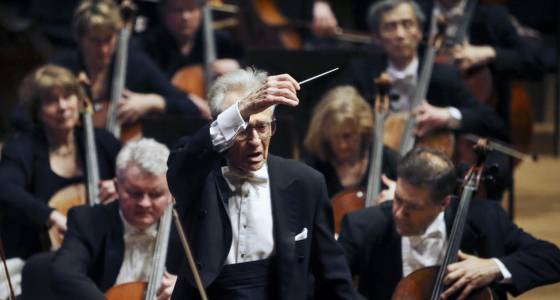 No one was more responsible for the construction of Orchestra Hall than Maestro Stanislaw Skrowaczewski, who died this week (“Global giant of music made Minnesota home,” Feb. 22). The newly remodeled lobby is replete with corporate logos and tributes to major donors. Such is necessary and fitting. But the Orchestral Association should seriously consider renaming the building Skrowaczewski Hall. I suspect that the maestro would have opposed this. But now we can honor him in this fashion without his consent.

It was refreshing to read the recent editorial counterpoint by Paul Ostrow and John Hayden about the lack of financial transparency surrounding the U.S. Bank Stadium (“We’re all being hosed by the stadium fiasco, but there is a fix,” Feb. 23). Certainly the same questions might be appropriate for the nearly 80 percent higher target cost for the Southwest light rail. While any number of good arguments can be made supporting light rail, not among them is a transparent and easy to understand accounting of what it will cost to build and to operate and maintain on an ongoing basis. What proponents love to remind us of is all the “free” federal funding that it will receive. Nice, but I live in one of the cites along the route, and what I’d really like to see is what is the most likely cost impact to me as a taxpayer over the next 20 years. I’ll bet it isn’t free at all.

Will I ride it? Yes. But just like subscribing to community solar, it’s about understanding the expected life-cycle costs upfront.

While “all the other cities are doing it” might make for a grand emotional appeal, it would be nice to know what my expected out-of-pocket costs will be. Just like the personal financial decisions we make every day.

State Sen. Dave Osmek’s position on Southwest light rail could have been made clear without the use of crude language in an e-mail to a voter (“Words not minced by light rail opponent,” Feb. 24). As a result of his lack of professionalism and good taste, we are now focused on his behavior rather than on the light-rail issue. Shouldn’t political candidates have better communication skills? I think they should.

Remember the hard-earned rights of girls and women, too

The reversal of the “bathroom mandate” is a welcome decision for public school children all over the U.S. Under the mandate, parents were expected to either stand idly by as their daughters shared showers with boys or resort to legal action in order to ensure their child’s privacy. That is an injustice and one that has now been repaired by the administration’s common-sense action.

Gov. Mark Dayton, however, strongly disagrees with rescinding the federal guidance, stating that men should have a “constitutionally protected right” to identify as women (“Dayton denounces trans policy reversal,” Feb. 24). Perhaps the governor doesn’t realize that Title IX was enacted to provide women and girls with equal educational opportunities based on their sex, not their gender identity. Elevating gender identity to a protected class in law necessarily erases sex-based protections that women and girls rely on to fight discrimination and access opportunities for advancement.

Furthermore, writing school policies based on gender identity teaches children that it’s not their biology that makes them male or female. This is an incredibly confusing concept that actually encourages gender dysphoria in students by training them to believe that their true identity is detached from their body.

Students with gender dysphoria are absolutely due respect and protection in Minnesota’s schools, but that protection shouldn’t come at the expense of the hard-earned rights of women and girls. Let’s work together to provide all students with the privacy and dignity they deserve.

The writer is a consultant to Ask Me First MN, a project of the Minnesota Family Council in partnership with Family Policy Alliance.

The Trump administration’s rescission of guidelines to schools regarding transgender students claims to uphold “states’ rights.” That is a not-so-clever dodge. Human rights should not be up to states to decide — period.

Sunday liquor sales, transportation options, true education issues? Sure, let state or local governments decide. But where a person drinks water, sits on a bus, or uses the restroom cannot be up to states to determine according to their own whims. I thought that had been established in previous eras and am appalled to see this administration taking this step backward.

Thinking about its latest actions will surely make your head spin

We read on the front page: “Private prisons get U.S. reprieve” (Feb. 24). As the Trump administration crashes along undoing every good thing it can, we must also wonder: Reversing the Obama order on private prisons means there must be money to be made in privatizing incarceration, right? So how best to accomplish that? Obviously, by filling up the prisons! But how best to accomplish that? Inside the A section the same day, we read that the Justice Department “will step up enforcement of federal laws against recreational marijuana.” Brilliant! Let’s again throw harmless potheads in prison, where they can work for pennies on the dollar manufacturing items for prices that privately owned business cannot now hope to compete with, thus throwing more people out of work, some of whom will turn to crime — who then can be incarcerated for profit. “The art of the deal,” indeed.

The good, the bad and the wasted time of it all

Yay! Approval of Sunday liquor sales is moving through the Legislature (“Sunday liquor bill in the home stretch,” Feb. 22). Now can legislators get to work on the real things they need to get done for Minnesotans?

The Minnesota restriction on Sunday liquor sales first arose from a puritanical response to the repeal of Prohibition. It has morphed into a purely economic concern. At what point did it become the purview of the state to limit business expenses by use of a calendar? And why are other businesses not entitled to the same benefit? There are plenty of mom-and-pop grocery stores that would love to cram all of their sales into a six-day week. Instead they are left to apply business acumen to ensure their continued survival. It is time to quit protecting a single segment of retail sales and adopt a uniform, market-driven approach.

My father worked for Dayton’s his entire life. I well remember the day when retail department stores made the decision to be open on Sundays. It was a very sad day for our family. Sunday was the day we had family dinners with our grandparents, cousins, aunts and uncles. It was our favorite day of the week, now gone forever. From that day on, my father got Mondays off, and family life was never the same for us.