President Donald Trump's very first address to a joint session of Congress received mixed reactions from lawmakers on Tuesday night. Republican Speaker of the Residence Paul Ryan known as the president's speech a "dwelling run" in a statement. "That... 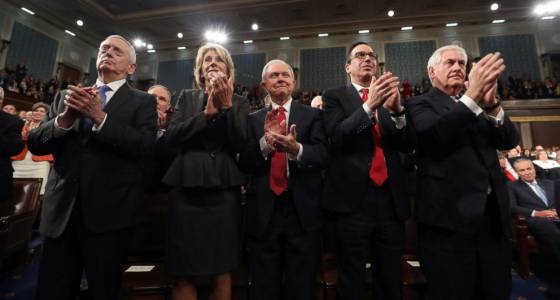 Republican Speaker of the Residence Paul Ryan known as the president's speech a "dwelling run" in a statement.

"That was a dwelling run. President Trump delivered a bold, optimistic message to the American persons," Ryan's statement read. "We now have a government unified around a simple, but crucial principle: Empowering the persons -- not Washington -- is the way to build a greater future for our country."

But House Minority Leader Nancy Pelosi (D-CA) expressed the opposite sentiment, tweeting that Trump's speech "was utterly disconnected from the cruel reality of his conduct."

Rep. Mike Bost (R-IL) stated he appreciated the president's speech in a statement, hoping that it may possibly get each parties to perform collectively in the future.

“I appreciate the President highlighting some of the function he and Congress are pursuing to empower America’s households and job creators," Bost's statement study. "I am hopeful that both parties can find places of common ground moving forward to attain this constructive, pro-growth agenda.”

Sen. David Perdue (R-GA) echoed Speaker Ryan's remarks, saying in a statement: "President Trump has hit the ground operating and is maintaining his promises to the American persons. He has place the wants of Americans first and the results he's currently accomplished have brought forward a renewed spirit of optimism in our nation."

Even though praising Trump's speech in separate remarks, Sen. Ted Cruz (R-TX) took to Twitter saying: "We need to honor the guarantee we produced to the American Men and women -- #FullRepeal of Obamacare."

Sen. Bernie Sanders (D-VT) took to Facebook live to respond to the president's joint address, going in on "what he didn't say."

Two of Sanders' Democratic colleagues took up diverse points of contention with the president's policies.

Rep. Barbara Lee (D-CA) tweeted, "Trump’s wall is a waste of income and an insult to our values," with the hashtags "#NoBanNoWall" and "#JointSession." Whilst Sen. Patty Murray (D-WA) tweeted, "Households shouldn’t be forced to live in fear. We have to fight back against President Trump’s hateful immigration policies. #Jointsession."

A number of celebrities also took to social media to react, with mixed responses, to Trump's joint address. Actor George Takei tweeted in the middle of the speech, "Sorry, just had to get up to go throw up."

Comedian Billy Eichner responded to Trump's remarks on illegal immigration by tweeting, "I can't even tell you how substantially additional scared I am of Trump, Bannon and Miller than I am of the average illegal immigrant."