Prosecutors: Brother of cop's girlfriend killed him to get hands on gun collection

An off-duty Chicago police officer was lured to a quiet neighborhood on the Southwest Side and killed by his girlfriend's teenage brother in a botched plan to steal his gun collection, Cook County prosecutors alleged Tuesday.The slaying of Chicago police... 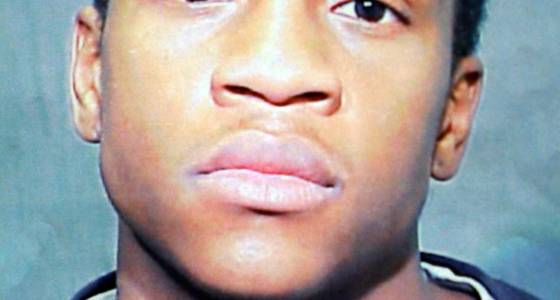 An off-duty Chicago police officer was lured to a quiet neighborhood on the Southwest Side and killed by his girlfriend's teenage brother in a botched plan to steal his gun collection, Cook County prosecutors alleged Tuesday.

The slaying of Chicago police Officer David Blake in 2010 was a "cold-blooded execution," prosecutors said during opening statements to the jury in the trial of Bernard Williams, now 25, who is charged with first-degree murder.

"From the moment that this defendant laid eyes on that gun collection, he was obsessed," said Assistant State's Attorney Patrick Morley. "He had to get his hands on those guns, whether it meant robbing the victim or, in this case, killing the victim."

But Williams' attorneys noted that no physical evidence tied Williams to the killing and said investigators turned to him after becoming frustrated when they couldn't find a suspect weeks after the shooting.

Assistant Public Defender Dylan Barrett told jurors that police targeted Williams "because of the pressure they felt to solve this crime."

"They came to a conclusion … and they formulated their investigation to meet that," Barrett said.

Blake, a 45-year-old SWAT officer, was found fatally shot on an unpaved alley known as "Dead Man's Alley" in the Wrightwood neighborhood in November 2010. He was among five Chicago police officers shot dead that year.

Blake, who was in a relationship with Williams' sister, had previously shown Williams the extensive gun collection he kept at his home, authorities said, sparking what prosecutors characterized as Blake's desire to steal them and sell them on the street.

A police SUV sits near the area Nov. 23, 2010, where Chicago police Officer David Blake was killed near the intersection of Seipp and Francisco in Chicago.

A police SUV sits near the area Nov. 23, 2010, where Chicago police Officer David Blake was killed near the intersection of Seipp and Francisco in Chicago.

On the day of the slaying, Williams asked Blake for a ride, then had Blake drive him to the 2900 block of West Seipp Street, said Morley, who described the area as desolate and quiet.

Williams also took Blake's keys with the intentions to go to Blake's house and steal the guns, prosecutors said,. But when Williams got to Blake's house, police were already there.

Williams confessed on video to the crime, telling police he wanted Blake's guns to sell them on the black market, Morley said.

In addition, he had bragged to his friends about his plans to rob Blake, Morley said.

Members of Williams' family in attendance at the trial declined to comment.