CLEVELAND, Ohio - Ohio's lawmakers and college officials have taken positive steps to increase funding and reduce student costs but more needs to be done, professors say. While state support has increased, Ohio still is spending slightly less than it did... 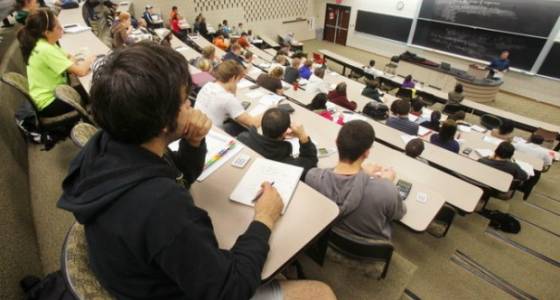 While state support has increased, Ohio still is spending slightly less than it did six years ago, while costs continue to increase at institutions, says "Education First," a report by the Ohio Conference of the American Association of University Professors.

"Ohio's colleges and universities have met the demands of the state by freezing tuition and taking steps to reduce costs," the report says. "Certainly, though, more can be done to cut back on nonessential administration, lavish spending on athletics, as well as grandiose construction projects, to focus more resources on quality instruction and to keep costs as low as possible for students."

The report was issued as lawmakers begin debating the two-year budget proposed by Gov. John Kasich. It follows the organization's first report on public higher education in 2015.

Legislators have been open to hearing what professors have to say, said conference president John McNay.

The AAUP wants to be partners in finding solutions in higher education affordability and accessibility, said McNay, a history professor at University of Cincinnati's Blue Ash campus.

"We are an important voice in this process since we work at the universities and in the classroom and really want to be a part of the conversation," he said.

See the report below or click here if on a mobile device.

College affordability is being monitored by the state.

Ohio's public universities are making some progress in saving money and collaborating, according to a recent report from members of the Ohio Task Force on Affordability and Efficiency in Higher Education, which Gov. John Kasich established in 2015 to recommend ways public colleges can be more efficient and productive.

Public universities saving money but more needs to be done

Following are some areas examined in the AAUP report and what the organization says about them:

The new formula routinely fails to address quality and instead focuses solely on quantity. It creates unnecessary conflict between colleges and departments over courses, students and faculty. It eliminates collaboration and team teaching and makes colleges and programs fend for themselves as everyone struggles to grab the scarce revenue generated by course completions and graduations.

The program, where high school students can get free college credit by taking courses at a community college, university, or in high school with either a professor or a "certified" high school teacher, has problems.

High school is not college and, especially if a dual-enrollment course is taught in the high school by a high school teacher, there's no guarantee that completion of such a course means that students have learned the material at a college level. The best service a high school can do for a student is to prepare them fully for college, not to substitute for it.

The construction and athletics arms races

Ohio's public universities should start prioritizing education over buildings and athletics. Beautiful buildings and sports teams are enjoyable, but become meaningless if the institution cannot fund the full-time faculty necessary to provide quality education at affordable prices for Ohio citizens.

Only 6 percent of the voting university trustees in the state hail from the public or non-profit sector.

The overemphasis on those from the private sector has directly influenced the shift to universities being run more like businesses than public, non-profit institutions that produce well-rounded, educated citizens.

Even by teaching the equivalent of a full-time load or more, many adjuncts are living in poverty and surviving on public assistance.

Unfortunately, when faced with difficult budget decisions, institutions have been far too eager to slash their instructional budgets before considering areas non-essential to the academic mission. On average, Ohio universities are spending less than 25 percent of their budgets on direct instructional costs.

Treating educators like fast food employees certainly raises issues of principle in our higher education system. Does it have to be this way? Could institutions find the resources within their budgets to create more full-time positions so that there is less reliance on part-time labor?