When Shelia Bradley-Smith first met James Miller Sr., her first thought was that he looked like he was from the movie Men in Black. She did not trust him at all.“He would call weekly and say, ‘Hi, it’s Jim, how are you doing?’” said Bradley-Smith,... 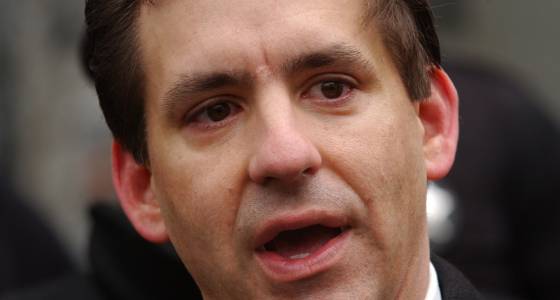 When Shelia Bradley-Smith first met James Miller Sr., her first thought was that he looked like he was from the movie Men in Black. She did not trust him at all.

“He would call weekly and say, ‘Hi, it’s Jim, how are you doing?’” said Bradley-Smith, the great aunt of Tionda and Diamond Bradley, ages 10 and 3, who vanished from their South Side home in 2001. “I was like, ‘What does this man want?’ He was working the investigation and we’ve been family since then.”

Miller, 58, who worked for years as a private investigator on the Bradley case, died of brain cancer Thursday. Bradley-Smith called his death “devastating.”

He never found the missing girls.

“It’s a shame that he passed away and he didn’t get that wish fulfilled,” Bradley-Smith said. “He became involved, he cared. I could truly say he loved those girls, he really did.”

Miller was raised in Glenview and ran cross country at New Trier West High School. After receiving his Master of Business Administration from the University of Chicago, Miller became a licensed private investigator and starting the Investigative Services Agency.

His half-sister Janyce Hamilton said she always knew he was going to be a “spy” because he would pick the lock of her diary and her safe as a child. One time, he broke into her safe, found her map for “buried treasure,” followed the map, and dug up the treasure box--then put in a note that said “Haha, I was here! Jimmy.”

“The next week he would ask me about what was going on with my treasure,” Hamilton said. “I dug it up and saw that he again got me.”

Aside from his sense of humor and countless pranks, Miller was committed to helping women and children. He donated his time and investigational services to women who were victims of abuse, even helping them find shelter.

The sisters disappeared from their apartment in the Oakland neighborhood the morning of July 6, 2001. They have never been found. Tracey Bradley, the girls' mother, told authorities she last saw her daughters about 6:30 a.m. before leaving for work at Robert Taylor Park, where she prepared lunches for children in a summer camp program. She returned to the apartment in the early afternoon to find a note, apparently written by Tionda, placed on the back of a couch that said her daughters had gone to a nearby school and store.

Tracey Bradley told the Tribune in 2001 that she searched for hours that day before calling the police at 6:30 p.m. that night, sparking a massive investigation.

When he heard about the Bradley sisters, Miller immediately went to the scene. He ended up working on their case for the rest of his life, pro bono.  He kept photos of them handy and images of what they likely looked like as they aged.

“He couldn’t take it,” Hamilton said. “It just made him crazy and he had to find them and look for them ... This is just who he was, and he got very close to the family and spent countless hours and resources looking for them.”

He never stopped talking about the case and inspired people to keep looking for them. One of those people was Bradley-Smith.

“Jim was totally consistent,” Bradley-Smith said. “He never faltered. Even when I felt like giving up, he would call and say, ‘You can’t quit because I can’t quit,’ so I wouldn’t quit.”

Friends and family called him “007” or James Bond because of his work with security services, sometimes finding fugitives, and his knowledge of ballistics.

Miller was diagnosed with brain cancer in 2014. Even when he was in the hospital for chemo or radiation, he always found time to squeeze his daughter’s hand to signal he loved her after he'd lost his voice.

“He didn’t ever want anyone to feel sorry for him or be sad. He was just a fun guy all the way to the end.”

Hamilton said she hopes that Miller’s spirit will send her clues about the case of the missing Bradley sisters and that hopefully the case will be solved. Bradley-Smith echoed her sentiments.

“The search will continue,” Bradley-Smith said. “It’ll be with more tenacity because it’ll be in Jim’s memory. I want to not only make that happen for my family but I want to make it happen for Jim. I hope his spirit guides us to find Tionda and Diamond, I truly do.”

Miller is survived by his three children Jenna, James and Daniel Miller; and his siblings Janyce Hamilton, Joseph Miller and Cynthia Miller. A funeral is planned for Sunday at Modell Funeral Home in Darien.