A onetime Shakopee liquor store owner has been charged with tax fraud and is accused of setting the business ablaze in 2012, authorities said Tuesday.Randy A. Lentz, 47, of Prior Lake, was arrested last week by IRS agents and charged in federal court with... 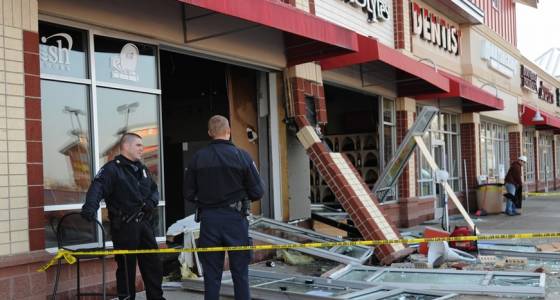 A onetime Shakopee liquor store owner has been charged with tax fraud and is accused of setting the business ablaze in 2012, authorities said Tuesday.

Randy A. Lentz, 47, of Prior Lake, was arrested last week by IRS agents and charged in federal court with tax evasion, an allegation connected to the suspicious fire that brought operation of WineStyles to a charred conclusion.

Internal Revenue Service agents arrested Lentz with the assistance of the Shakopee Police Department, on one count of federal tax evasion stemming from the fire inside WineStyles, which had been located among several retail outlets just northwest of Hwys. 21 and 18.

In announcing the arrest and charge, Shakopee police said in a statement that state and federal investigators “found evidence of arson, tax fraud, insurance fraud and bankruptcy fraud.”

“This was an exhaustive process,” said Police Chief Jeff Tate. “We are pleased to see charges come from the investigation. We are confident that the individual responsible for the fire will face consequences for his actions.”

Lentz remains free on $25,000 unsecured bond. Messages were left Wednesday with his attorney, Kevin DeVore, seeking reaction to the allegations.

Federal authorities say in their indictment that the tax fraud dates back to 2004 when Lentz “substantially underreported” income for three years from a remodeling business he owned.

And even though he later inherited $400,000 upon his father’s death, Lentz chose not to pay the nearly $190,000 that he owed in taxes and interest, according to the indictment.

The overnight fire in November 2012 ignited an explosion and was quickly declared arson by law enforcement. Four other businesses in the strip mall were damaged to lesser degrees.