CLEVELAND, Ohio -- For decades, Ohio has been a crucial swing state - a political bridesmaid that accompanies candidates to the altar. But there once was a time when the Buckeye State played the role of bride. Seven of America's 45 presidents were born... 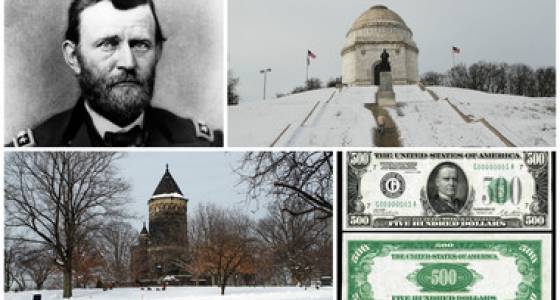 CLEVELAND, Ohio -- For decades, Ohio has been a crucial swing state - a political bridesmaid that accompanies candidates to the altar. But there once was a time when the Buckeye State played the role of bride.

Seven of America's 45 presidents were born in Ohio, earning it the nickname "The Cradle of Presidents."  An eighth resided in and launched his campaign from Ohio.

Ohio's domination of the White House started in 1840, with the election of William Henry Harrison, a Virginia native who served as a U.S. congressman and senator from Ohio.

It took off in 1868, with the election of Civil War hero Ulysses S. Grant, a native of Point Pleasant, Ohio. Grant was followed up by two other Ohioans, Rutherford B. Hayes and James A. Garfield.

The latter enjoyed a short reign: He was assassinated 200 days into his term. While the Garfield Memorial in Lakeview Cemetery remains a popular tourist attraction, the details of his life live on at the James A. Garfield National Historic Site.

The last Ohio president to serve in the Civil War was also one of the most successful. William McKinley, who was born in Niles and settled in Canton, oversaw economic growth, the annexation of Hawaii and victory in the Spanish-American War of 1898.

McKinley's face once graced the $500 bill, before the U.S. government stopped printing such large-denomination currency.

The McKinley Memorial in Canton is priceless -- a must-see for Ohio and political history buffs. Large, long and spacious, it's befitting of a successful president.

Of the eight presidents to die in office, four were from Ohio. William Henry Harrison only lasted 32 days in office, the shortest term among all presidents. Only one, Grant, served a full two terms.

Warren G. Harding, whose tenure was plagued with scandal, was the last Ohioan to serve in the White House. He died of a heart attack two years into his first term, in 1923.

For half of the Ohio presidents who made it to the White House, the presidency became their grave. But the state remains the Cradle of Presidents.

The Virginia-born Ohio resident was 68 years and 23 days old when he took the oath. He was the oldest president elected until Ronald Reagan took office in 1980. His term was cut short by pneumonia after a mere 32 days -- the shortest reign in U.S. history. A military officer, he was the first president from the Whig Party (and grandfather of another U.S. president from Ohio, Benjamin Harrison).

After commanding the Union Armies in the Civil War, Grant parlayed his war fame into two full terms as U.S. president -- the only Ohio president to do so. Grant implemented Reconstruction in the South and ended the remnants of slavery. But his administration was dogged by charges of corruption and mishandling of the economy, which fell into the longest economic depression in American history on his watch.

Hayes was wounded five times fighting in the Union Army in the Civil War. He lost the popular vote to Samuel J. Tilden, but won a controversial Electoral College vote. He supported the gold standard and equal treatment regardless of race. Hayes is remembered for sending in troops to crush the Great Railroad Strike of 1877, but also for bringing order to the U.S. government and stability to a devastated economy. He also kept his pledge to only serve one term.

The last U.S. president born in a log cabin, Garfield is the only clergyman to achieve the highest office. He was virulently anti-slavery and earned the rank of major general in the Civil War. His presidency lasted 200 days; he was the first of two Ohio presidents to be assassinated. For 80 days, Garfield lingered on his deathbed, and a constitutional crisis ensued because he was only able to execute one official act as president.

William Henry Harrison's grandson was elected president despite losing the popular vote to Grover Cleveland. The campaign was fought over free trade vs. protectionism -- a theme that still resonates in Ohio. Harrison supported tariffs to protect American manufacturing, which led to increased revenues and spending -- and political accusations that he was a tax and spender. As a result, Cleveland came back to defeat Harrison four years later.

The last president to have served in the Civil War, McKinley defeated William Jennings Bryan in what is considered the first big-money campaign, where McKinley spent $3.5 million, five times his opponent. McKinley's tenure was marked by economic growth, the annexation of Hawaii and victory in the Spanish-American War of 1898, which expanded U.S. rule to Puerto Rico, Guam and the Philippines. He became the second Ohio president to be assassinated. His killer was inspired after hearing a speech in Cleveland by noted anarchist Emma Goldman.

The Cincy son of a judge preferred law to politics. He realized his ambition only after serving a term in the White House, when he became Chief Justice of the United States -- the only person to serve in both offices. Taft won handily in 1908 over William Jennings Bryan, a liberal-populist Democrat. The win marked the end of Republican post-Civil War domination, with divisions opening up between conservatives like Taft and progressives like Teddy Roosevelt. Both ran and lost four years later to Woodrow Wilson.

The last Ohioan to serve in the White House was a business leader who could play a number of musical instruments. His problem, upon entering the White House, was that he got played by contributors and cronies. His rewarding of money men with positions of power led to countless scandals. Harding did support an eight-hour workday, child welfare programs and racial equality. He died of a heart attack during his first term.