President Donald Trump vowed to launch a rebuilding program that would spend $1 trillion on roads and other infrastructure over the next decade, something he promised during the campaign.“Another Republican President, Dwight D. Eisenhower, initiated... 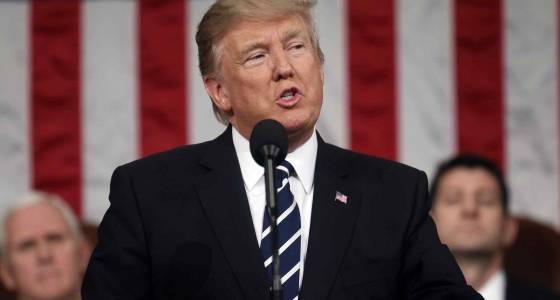 President Donald Trump vowed to launch a rebuilding program that would spend $1 trillion on roads and other infrastructure over the next decade, something he promised during the campaign.

Trump did not give a lot of specifics, other than to say that the money would come from both public and private sources. He said he will ask Congress to authorize the $1 trillion program.

California officials have locked horns repeatedly with Trump over many issues, including immigration, health care and his travel ban. But infrastructure is one area that some say offers the potential for state officials to work with Trump.

California highways have a multibillion-dollar backlog of repairs that are needed. That was underscored during the recent Southern California deluge, which triggered a car-swallowing sinkhole in Los Angeles and a pavement-collapsing I-15 in the Cajon Pass — one that tossed a giant fire truck off the road.

“This effort will be guided by two core principles: Buy American, and Hire American,” he said.