The Portland Water Bureau will ask the City Council to try treating the area's drinking water to reduce the amount of lead leaching from pipes, a recommendation that pivots from the city's previous insistence such treatment was unnecessary. Portland's... 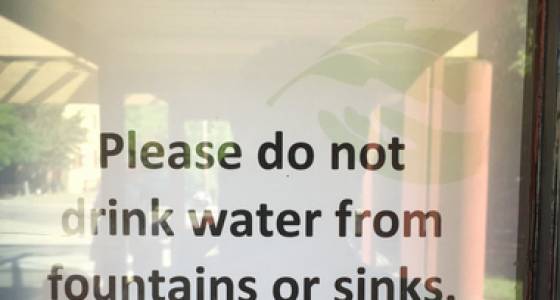 The Portland Water Bureau will ask the City Council to try treating the area's drinking water to reduce the amount of lead leaching from pipes, a recommendation that pivots from the city's previous insistence such treatment was unnecessary.

Portland's water from the Bull Run watershed has a low enough pH level that it can leach lead from old pipes and fixtures. Adding chemicals that don't harm human health can make the water less corrosive.

But Portland water officials long had insisted that it was smarter and better for human health to put resources to reducing lead paint hazards rather than to reducing risks of lead in drinking water.

The city's about-face comes after the Environmental Protection Agency instructed Portland to review its lead-prevention efforts, the state ordered the city to come up with a plan to immediately reduce lead levels in drinking water and an Oregonian/OregonLive investigation found that regulators turned a blind eye to Portland's lead problems.

Federal regulators require water providers to ensure lead levels remain at or below 15 parts per billion. Portland exceeded that measurement 10 times. It exceeded federal standards for amounts of lead in drinking water at least twice in three years.

"Exceedances of the federal action level for lead in water in Fall 2013 and Fall 2016 have highlighted the need for further treatment," bureau officials wrote in a press release Thursday.

The treatment the water bureau now recommends aims to adjust the water's pH level, which is commonly done by adding sodium carbonate and CO2.

Such treatment could change the "feel" of the water, the report said.

"We have begun to reach out to many of our large users such as breweries, manufacturers, bakeries, dialysis clinics and bottlers to inform them of the potential changes," the report said. "So far the potential impacts are not expected to significantly impact their operations."

If the city approves the enhanced treatment program, it could take as long as 5 1/2 years for the water bureau to put the program into place.

The water bureau has gotten ahead of itself in promoting this treatment program to the City Council.

The bureau said in a report to stakeholders that a water corrosion control study started in 2014 informed its decision to treat corrosion using chemicals. But that study has not been completed, water bureau spokeswoman Jaymee Cuti wrote in an email to The Oregonian/OregonLive.

One of the four quarterly reports remains in draft form. A final report hasn't even been authored.

Cuti said the fourth quarter report is incomplete because the water bureau requested engineering consulting firm Black and Veatch verify one of the data sets.  She said data from the fourth quarter data analysis "was consistent with previous quarterly reports, again demonstrating that much of the lead observed is dissolved lead."

"This is not expected to change the conclusions," Cuti said.

Just last year, Portland's lead levels made it the worst offender out of the country's large cities. State and federal exemptions have let Portland bypass regulations meant to minimize lead and pipe corrosion since 1997. The water bureau provides water to about a quarter of Oregonians

Unlike Flint, Michigan, Portland's service lines and Bull Run water supply do not contain lead, but its corrosive water is prone to leach lead from plumbing. Almost one in six of Portland's homes--about 43,000 homes built between 1970 and 1985--are considered at risk for high-led exposure. Many of those homes have copper pipes connected with lead solder.

"With changes to the water system, and an increased understanding of health risks associated with low-level exposure to lead, the bureau began re-evaluating its compliance program," bureau officials wrote in a press release.

The bureau expects the project to cost between $15 and $20 million. That would cover the design and construction costs and some initial treatment. The bureau does not think the project will affect rates, the report said.

"The results of that study" - which Cuti said does not exist - "indicate that enhanced treatment would be the most effective means to further reduce the levels of lead in water," bureau officials wrote in a report.