Portland homeowners could have to cut down city's trees

The Portland City Council is slated to vote Wednesday to approve a tree rule, buried in a series of technical fixes to city code, that would expand Portland property owners' liability for maintaining trees on publicly owned property. This code change could... 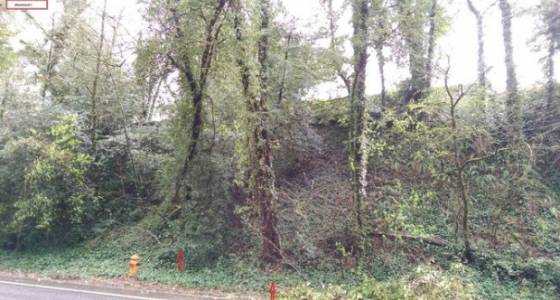 The Portland City Council is slated to vote Wednesday to approve a tree rule, buried in a series of technical fixes to city code, that would expand Portland property owners' liability for maintaining trees on publicly owned property.

This code change could cost property owners like Kathleen Ward, Rita Snodgrass and their neighbors as much as $3,500.

Those Southwest Portland homeowners were shocked when they received notices last year from the Portland Parks & Recreation Bureau's Urban Forestry ordering them to remove two trees across a small wooded area, down a slope and more than 50 feet away from their Southwest Portland properties.

Current code requires property owners to take care of dying or dangerous trees on their own property, "any adjacent sidewalks, planting strips and trees fronting or upon such private property."

In what city planners say is merely a technical fix, they asked the City Council to add "adjacent unimproved or partially-improved rights-of-way" to the places where homeowners are on the hook to remove problem trees. That would require owners to remove trees on land they don't own, never use and, potentially, can't access from their properties.

The city office said in the March notice that it would charge Ward and Snodgrass the costs of removing a maple tree and a cherry tree leaning toward Southwest Multnomah Boulevard--on a wide strip of public land beyond their home at the end of a cul-de-sac--if they would not remove the trees themselves. It would also charge them a $1,000 penalty and place a lien on their property, the notice warned.

The notice said a city tree removal code required them to remove the trees.

"We were pretty stunned," Snodgrass said.

The trees are not visible from the couple's yard and, due to a steep dropoff on the publicly owned land, cannot be accessed from their property. They had to travel out of their neighborhood and out onto Multnomah Boulevard "to see what they were talking about," Snodgrass said.

Snodgrass and Ward found out neighbor John Matcovich was also told to remove four trees and neighbor Carl Stroup was told to remove three. The neighbors received a quote from a tree company that said they would have to pay $3,500, including an $800 fee to control traffic on the city boulevard and $300 in fees to the city to turn off a traffic light, according to quote from Evergreen Tree Services.

When Snodgrass and Ward complained to parks bureau workers, officials told them budgetary needs had influenced their decision. Snodgrass said parks officials told her: "Well our budgets have been cut and we just don't have the money to maintain these spaces."

"They're basically foisting this big liability on a small handful of homeowners," Snodgrass said.

Snodgrass and Ward then complained to Portland's Deputy Ombudsman Tony Green. The Urban Forestry department told Green that the code was on the agency's side and that each neighbor would have to pay $100 to appeal the decision.

Green said he brought the complaint to the attention of Parks Commissioner Amanda Fritz, who agreed to waive the appeals fees.

Fritz did not respond to a text requesting comment. Her office is closed this week while her staff participates in a diversity workshop in Arizona.

Green says it is not crystal clear whether the city's current code in fact requires some homeowners to remove trees from public property. He wanted an impartial hearings officer to answer that question, he said.

Instead, city officials are pushing a change in the rule that would make it crystal clear that homeowners like Snodgrass do have to pay to care for trees on public right-of-way if that land adjoins their property at any point.

City Planner Jeff Caudill said the Bureau of Planning and Sustainability considered the tree code change a technical one because it better aligns Portland property owners' liability for taking care of trees with their liability for maintaining unimproved streets. Those distinct responsibilities are laid out in separate codes with different definitions of key terms.