CLEVELAND, Ohio - Among a sea of foodie neighbors on East 4th St., Wonder Bar is known more for its craft cocktails than its pub grub. Come mid-March, it plans to add its mark to the downtown Cleveland scene when Wonder Bar's husband-and-wife operating team... 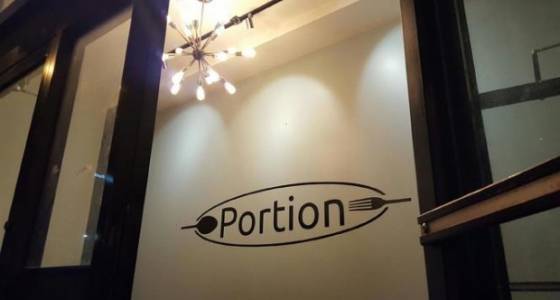 CLEVELAND, Ohio - Among a sea of foodie neighbors on East 4th St., Wonder Bar is known more for its craft cocktails than its pub grub. Come mid-March, it plans to add its mark to the downtown Cleveland scene when Wonder Bar's husband-and-wife operating team of Robert and Coleen Biehl open Portion in the historic 1850s-constructed Southworth building near Public Square, 2013 Ontario St.

The 2,500-square-foot space with seating for around 50 people will be centered on a fast casual menu developed by Robert. Split into hot and cold offerings, everything listed will be around $10 or under. With a seasonally rotating menu featuring locally sourced ingredients, the Biehls aim to give an inexpensive, elevated option for a quick bite.

Especially, says Robert, for those looking to satisfy appetites before sports games, concerts, Playhouse Square shows and the other events downtown. They plan to be open 7 a.m. to 6 p.m. Monday through Friday and 9 a.m. to 7 p.m. on Saturday, along with occasional extended hours for special events.

"Operating the bar on East 4th, the number one thing we'd hear is that there's not enough fast-paced, good dining options downtown," Robert recalls. "We're opening the restaurant for a solution to that problem."

To develop the menu, they looked no further than a fusion of the small plates trends with the habit of people splitting entrees and crafting meals from side items.

"Everything is considered a la carte," says Robert. "We want to keep everything affordable."

Expect plenty of small snacks prepared fresh to order, such as grab-and-go items like parfait and avocado dips. They'll also be teaming up with local bakeries for offerings such as bagels.

A large focus is on breakfast-inspired fare, something they saw as a void they could fill downtown.

"Our flapjack wrap is very unique," says Robert of the dish consisting of a pancake stuffed with sausage, egg, maple creme and grilled peppers. "It's taking a pancake and giving it a spin like a taco or wrap."

Heartier items, like teriyaki kabobs or an Angus beef burger topped with seared pineapple and candied bacon, come with both creative flair and more traditional offerings. They're also open to experimentation, which includes the possibility of Saturday prix fixe menus.

"I've cooked all of my life, it's in my blood. I came from a family of southern cooking," says Robert. "This is a concept we've had in mind for a long time, but didn't have the right location. We wanted to do something that was different, and it all just came together."