By John Degnan Last week's adoption by the Port Authority of New York and New Jersey of a $32 billion 10-year capital plan was an historic event that could never have happened without the support of Gov. Chris Christie.  The record amount of capital... 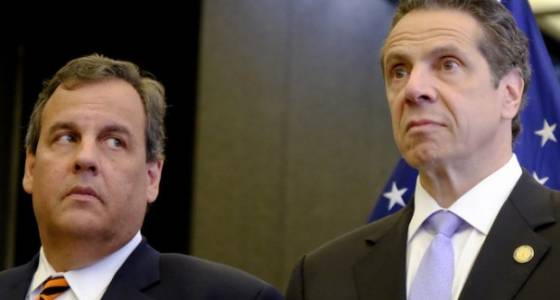 Last week's adoption by the Port Authority of New York and New Jersey of a $32 billion 10-year capital plan was an historic event that could never have happened without the support of Gov. Chris Christie.

The record amount of capital spending furthers recommendations of the 2014 Special Panel on the Future of the Port Authority and returns the agency to its core mission of transportation infrastructure with the most ambitious set of regional investments it has ever adopted.

Credit for the plan's adoption can rightly be shared among many people.  As a witness and participant in the lengthy and challenging process, it needs to be acknowledged that Christie was pivotal and instrumental in its final adoption.  Some contend he has been "disengaged" from the Port Authority over the past few years.  In reality and to the contrary, the governor has been an effective and persistent advocate for important components of the plan behind the scenes, without public fanfare, and I believe he is entitled to credit for that.

In the face of determined and vocal opposition by New York Gov. Andrew Cuomo to the inclusion of adequate funding for the replacement of an aging and obsolete bus terminal, Christie drove a bargain to include $3.5 billion in the capital plan for that project, an amount that virtually guarantees its completion.

When Cuomo tried to renege on that commitment, Christie was adamant about its inclusion.  When Cuomo engaged in shameful personal attacks - including a call for my removal from bus terminal matters -- in an effort to assert his own control over the process, Christie put a stop to it.

In the end, a chairman of the Port Authority rarely wins a battle with a powerful governor like Cuomo unless he or she has the firm and resolved support of the other governor, in this case Christie.

I also have watched as Christie took the lead in moving the Gateway Tunnel project forward, led by the Port Authority, and in ensuring there was a substantial $2.7 billion allocation of funds in the agency budget to do so.  Due to his insistence on a capital plan reflecting the needs of the region, funding for both a new, 21st century Terminal A at Newark Liberty International Airport and increased capacity for PATH trains is in the 10-year plan. Christie's personal involvement also drove the Port Authority to raise the navigational clearance of the Bayonne Bridge to maintain the leadership position of the agency's port facilities in Newark, Bayonne and Elizabeth.

These are accomplishments worthy of note and of praise.

Finally, it must be acknowledged that Christie positioned a comprehensive reform bill for legislative adoption by issuing a conditional veto to conform it to legislation already passed in New York.  It is time to institutionalize that reform and embed it to the agency's enabling legislation.

The New Jersey State Senate should act immediately to concur in that conditional veto if it wants to achieve lasting reform at the Port Authority.  It is that reform, along with its provision for hiring of a new chief executive officer, that will enable the successful implementation of this capital plan.

John Degnan, a former state attorney general, is chairman of the Port Authority of New York and New Jersey.