PORTLAND, Ore. — In the days after President Donald Trump's election, thousands of teenagers across the nation walked out of class in protest. Others rallied to his defense. 5 Months Ago6 Months Ago7 Months AgoIt was an unusual show of political engagement... 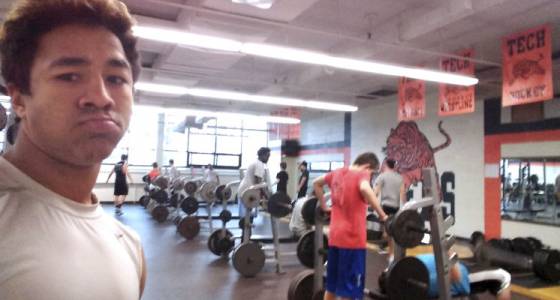 PORTLAND, Ore. — In the days after President Donald Trump's election, thousands of teenagers across the nation walked out of class in protest. Others rallied to his defense.

It was an unusual show of political engagement from future voters who may alter America's political landscape in 2020 — or even in next year's midterm elections.

Now, a new survey of children ages 13 to 17 conducted by The Associated Press-NORC Center for Public Affairs Research with the permission of their parents finds that America's teens are almost as politically disillusioned and pessimistic about the nation's divisions as their parents. The difference? They aren't quite as quick to write off the future.

Eight in 10 feel that Americans are divided when it comes to the nation's most important values and 6 in 10 say the country is headed in the wrong direction.

Nyles Adams, a 14-year-old from New York City, was in kindergarten when Barack Obama was sworn in as the nation's first black president. Adams, the grandson of Trinidadian immigrants, remembers watching the inauguration on TV and talking with his mother about the particular significance of Obama's election for his black, immigrant family.

Now, with Trump as president, he feels America's best days are behind it, and the nation will be worse off in 40 years. Yet like 57 percent of his peers, he is still optimistic about the opportunity to achieve the American Dream.

"Sometimes it does get you down, but I try not to focus on it too much because I see myself as someone who despite all the odds that are against me, I'm still going to prevail," he said.

That youthful optimism is hard to crush. While rates vary by race, 56 percent of all teens surveyed believe America's best days are ahead, compared with the 52 percent of adults in an AP-NORC poll conducted in June 2016 who said the nation's best days are behind it.

But like adults, the poll reveals deep divisions along familiar lines.

Just a quarter of teens say they have a lot in common with people of different political views. Three in four already have a party preference, including 29 percent who say they'll be Democrats, 23 percent Republicans and 24 percent independent or another party. Less than one-third have a favorable impression of Trump, but only slightly more think well of Hillary Clinton.

Elijah Arredondo, a second-generation Mexican-American from La Habra, California, disliked both major party candidates but is now worried about his family under Trump.

His mother signed up for the Affordable Care Act, which Trump has promised to dismantle and replace.

"I feel like anyone can achieve the American Dream, but for some people it's a lot harder for them to do, so these things help people," he said.

Caroline Millsaps, of Garner, North Carolina, describes herself as a liberal Democrat and says climate change and women's rights are her top political concerns. Last year, she took time away from her busy competitive dance schedule to attend two Bernie Sanders rallies with her mother.

Like 40 percent of teens surveyed, she feels she has a "moderate" amount in common with people of different political views.

"I always watch Fox News to get a different perspective, and I have some friends who support Trump and so I'll ask them, 'What is your opinion on this?'" she said. "I try to see both sides of the situation and see which side fits my view best."

Millsaps, 16, talks about politics daily with her parents and that has strongly influenced her views.

Nearly 40 percent of teens surveyed said they did the same at least weekly and, like Millsaps, those talks seem to sway them. A majority of respondents said they agree with their parents' political views most of the time. Only 3 percent disagree most of the time.

Sophie Svigel, 17, attends a private Christian school in Dallas and identifies herself as a conservative Republican. She talks to her Republican parents about politics and almost always agrees with them, but is also heavily influenced by her faith-based school, she said.

"I feel like a lot of the bad things that are going on are not really spoken of and are hidden," she said. "I feel like the politicians and people in politics speak very vaguely about the problems that we're facing."

Jessi Balcon, from Bend, Oregon, has tried to fight that cynicism by pouring her energy into delivering food to homeless people and engaging in open-minded debate with those whose politics are different from hers. Nine in 10 teens say they have participated in civic activities like volunteering or raising money for a cause.

"It's not you versus me, it's us versus the problem and the problem isn't other people," said Balcon, 17, a Green Party supporter.

"There are a lot of really big problems that we need to solve, but I think that getting angry is the worst thing that we can do," she said. "It doesn't matter what side of politics they're on, conservative or liberal. I don't want to hate anyone."