SANTA ANA — A 31-year-old man was behind bars Tuesday, April 18, on suspicion of faking his own kidnapping and trying to extort $300 from his mother, Santa Ana police said.Robert Nunez’s mother contacted police Sunday, April 16, when she had... 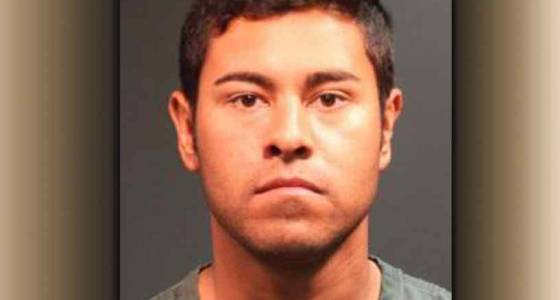 SANTA ANA — A 31-year-old man was behind bars Tuesday, April 18, on suspicion of faking his own kidnapping and trying to extort $300 from his mother, Santa Ana police said.

Robert Nunez’s mother contacted police Sunday, April 16, when she had not heard from her son for a few days then received a text message saying he was dead, Santa Ana police Cpl. Anthony Bertagna said.

A missing-person report was filed. Nunez struggled with drug issues, but his mother tried to help him, Bertagna said.

“(His mother) took care of him when he was homeless.”

The mother returned to police after getting more messages saying Nunez would be killed if she didn’t pay a ransom. She also received a photo showing weapons that would be used to hurt and torture him, including a saw. Investigators dropped their pending cases to try to rescue Nunez, who they believed was in danger of being killed, Bertagna said.

On Monday, in the course of their investigation, authorities tracked Nunez to Anaheim, where they found him and another man in a car. The men were questioned and it was determined that Nunez was responsible for the texts to his mother and for concocting the hostage plan, according to Bertagna. The other person found in the car with him was not involved.

Nunez was arrested on suspicion of attempted extortion.

Bertagna said this type of crime is becoming a growing trend across the nation and that this is the third similar case of fake hostage situations this month in Santa Ana. The other two involved juveniles who knowingly were involved with trying to extort money from their relatives.

Aside from distressing families, the cases take a toll on investigators, Bertagna said.

“The homicide unit had to stop their three open homicides from one week to help this guy from supposedly being murdered,” Bertagna said. “They take away resources that are needed to address real problems.”

Nunez was being held in lieu of $20,000 bail and is expected to appear in court Wednesday, April 19.