Aggravated burglary, Newbury Drive: A 31-year-old Cleveland man broke into his grandparents' house Feb. 17. He set off the alarm when he broke a basement window. Police caught him in a nearby yard with liquor that he claimed was his. He was charged with... 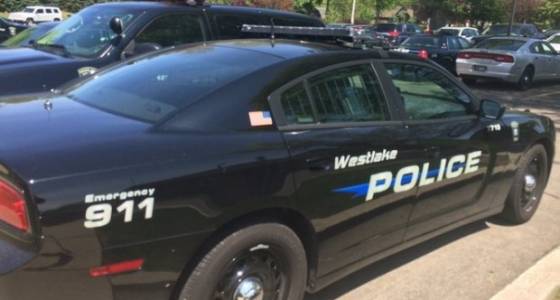 Aggravated burglary, Newbury Drive: A 31-year-old Cleveland man broke into his grandparents' house Feb. 17. He set off the alarm when he broke a basement window. Police caught him in a nearby yard with liquor that he claimed was his. He was charged with aggravated burglary.

Disorderly conduct, Crocker Park: An intoxicated 47-year-old Cleveland woman failed to take advantage of a friend's offer to drive her home Feb. 17 from the Regal Theater. She had fallen into another patron and shouted obscenities. When her friend tried to drive her home, she got out and tried to remove the friend from the driver's seat. Police arrested her for disorderly conduct while intoxicated.

Complaint, Clemens Road: A Cleveland man arranged for a $140 massage Feb. 17 at a Westlake hotel. While he was in the bathroom, the masseuse and $140 cash disappeared.

Disorderly Conduct, Center Ridge Road: A bar fight led to the arrest of a 28-year-old Rocky River man for disorderly conduct by intoxication. He swung on another patron, missed, and broke the window of a third man's 2006 Lexus GS400. Police cited his 20-year-old girlfriend, also of Rocky River, for underage consumption. The Westlake fire department took the male suspect to St. John Medical Center due to his level of intoxication.

Firearms violation, Crocker Road: Police stopped a 62-year-old Westlake man Feb. 18 for a traffic violation at Crocker and Clemens roads. Officers discovered a loaded .32-caliber pistol in his car's center console. They arrested him for improper handling of a firearm.

Firearms violations, I-90: A 28-year-old Parma man had a bad day Feb. 18. After officers stopped him for moving and license plate violations, he told the officer that his wife had kicked him out of the house and tossed his belongings on the lawn. Among those possessions were a loaded .38-caliber pistol, an unloaded .22-caliber pistol, and a loaded 9mm pistol, which officers found in various locations in the car. He was arrested for carrying a concealed weapon and improper handling of a firearm.

Theft, Detroit Road: A small amount of change may have been taken Feb. 18 from a woman's 2008 Pontiac G5. There were no signs of forced entry.

Firearms violations, I-90: A driver told police he witnessed another driver in a green 1993 Honda driving recklessly on I-90 and waving a gun. Police stopped near the Lorain County line. The 21-year-old Lorain man was driving under suspension and had two knives and a warrant from Lorain County. The license plates were fictitious. No gun was found. The suspect attributed the gun report to his fiddling around with his GPS. Police charged him with carrying various weapons, driving under suspension, fictitious plates and following too closely.

Burglary foiled, Bradley Road: At 12:30 a.m. Feb. 20, a Bradley Road man chased a prowler out of his garage. The suspect fled empty-handed.

Fraud, Detroit Road: An 87-year-old Avon man made repeated trips to buy iTunes gift cards from a Westlake store, and concerned staff Feb. 20 called police. His family was subsequently notified and found that he had purchased approximately $9,000 worth of gift cards in the preceding week. Scammers contacted him by phone and computer chat and had gotten the card numbers from him to "help" him buy a new computer. Avon police are handling the investigation.

Receiving stolen property, Market Street: Store employees flagged down two officers Feb. 21 to report a suspected female shoplifter left their store and ducked into another. She was detained there. She had removed theft sensors from items in the first location but did not take anything from the store. She also took nothing from the second store. In her car, officers found items worth $324 that had been stolen from a third retailer. She was arrested for receiving stolen property.