Baltimore County police have arrested a man wanted in a string of burglaries, including one in which they say he killed the victim's pet turtle after burglarizing her home last month.Michael Kennard Jones, 23, was one of two men who broke into a home in... 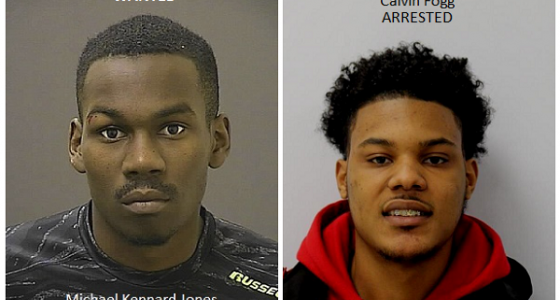 Baltimore County police have arrested a man wanted in a string of burglaries, including one in which they say he killed the victim's pet turtle after burglarizing her home last month.

Michael Kennard Jones, 23, was one of two men who broke into a home in the first block of Barnwell Court during the overnight hours of Jan. 20 or 21, and stole two television sets, gift cards, checks, jewelry and numerous electronic devices, police said. Before leaving the home, police said, Jones removed the resident's pet turtle, Donatella, from an aquarium and impaled her with a knife-sharpener.

A witness on Tuesday saw Jones walking in the 1300 block of North Milton Street in Baltimore and called Baltimore City Police, and Jones was arrested.

Jones will be processed at the Baltimore City Central Booking facility and transferred later to the county, police said.

He does not yet have an attorney listed in online court records.

Jones is being charged with first-degree burglary and aggravated cruelty to kill an animal, and was also wanted in connection with a previous home invasion robbery with a gun, police said.

Police arrested the other suspect, Calvin Krasheen Fogg, 24, of the 4400 block of Marble Hall Road on Feb. 17.