Pizza chain will only make pies in Africa with NYC water

A New York pizza chain wouldn’t dare make pies at its new location in Africa without its secret ingredient — New York City tap water.Famous Famiglia, which is set to open a pizza parlor in Accra, the capital city of Ghana, will take the extreme step of... 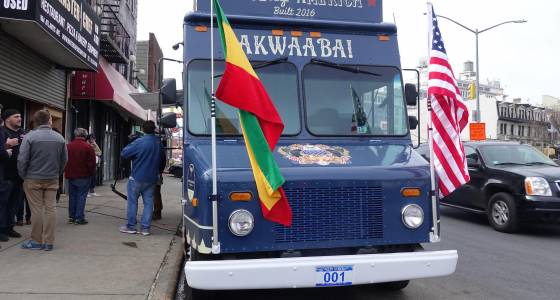 Famous Famiglia, which is set to open a pizza parlor in Accra, the capital city of Ghana, will take the extreme step of shipping Big Apple H2O across the Atlantic Ocean just to make the dough for its pies.

“I want to make this as authentic possible. I want to have the exact same pizza as in New York City,” said Dan Isaacs, co-owner with his brother Douglas of the new franchise shop scheduled to open on May 1.

“New York City water has a very unique chemical composition and taste to it. I’m a purist — I wouldn’t want to do anything less than the original.”

The water is sourced from a reservoir in Sullivan County, one of several that flow into New York City taps.

The shop in Ghana expects to use 100 gallons of imported New York to make 1,000 pies per week.

In addition to the New York water, all pies in Ghana will be made with the chain’s in-house sauces, cheese, flour and olive oil.

But yeast and most toppings will be from local sources.

“People there love pizza and have a great affinity for the United States,” Isaacs said.

“I believe many people have heard of our brand because they’ve come to New York before.”

The African outlet will come with a mobile kitchen that Isaacs showed off in Brooklyn on Sunday, and a fleet of Harley-Davidsons to deliver pies.

Other chain executives said the challenge of the Ghana crew will be to replicate the taste and consistency of the pizza at, say, a Greenwich Village shop.

“Consistency is everything to our product,” said Giorgio Kolaj, head of global development for Famous Famiglia.

Famous Famiglia has 16 shops in New York City and more than 100 across the United States and overseas.

It exports New York water to other overseas shops, such as those in Mexico, Canada, China and Ecuador, according to the chain.

The Accra franchise will be the first on a continent just now getting into American-style fast food.

Pizza Hut and KFC have opened stores in Accra in the past two years, with Burger King coming on board later this year, according to Isaacs.

“I relish the competition,” he said. “I really believe we have a superior product.