Pitts: Trumpcare, a bullhorn touting its scorn for the poor

Suddenly, there was just blood everywhere.It erupted from my father's mouth as we sat watching television. I was still struggling to process this horror when my mother, too shaken to drive, asked me -- 17 years old and still on my learner's permit -- to... 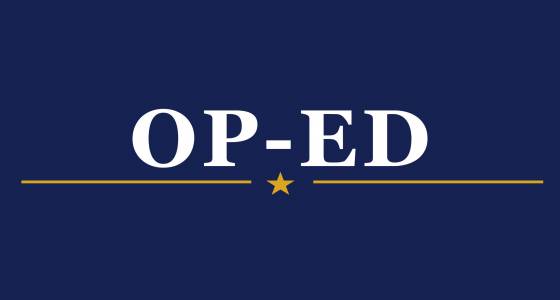 Suddenly, there was just blood everywhere.

It erupted from my father's mouth as we sat watching television. I was still struggling to process this horror when my mother, too shaken to drive, asked me -- 17 years old and still on my learner's permit -- to get us to the emergency room.

Somehow, we made it. But the ER was crowded with folks like us, poor and bearing loved ones in distress. The hospital couldn't get to my dad right away. They didn't even have a room to put him in.

Instead, my cancer-ravaged father lay for hours on a gurney in a hallway crowded with gurneys, just one more stick figure huddled under a thin blanket. The air reeked of misery and rotting things.

I still remember how angry I was at our inability to have better. I felt abandoned, felt as if we lived unseen at the dark end of a bright and gaudy street.

So I have a visceral response when some well-fed congressman airily suggests, as Rep. Ron DeSantis, a Florida Republican, recently did in a CNN interview, that if a cancer patient needs treatment, he can just "show up to the emergency room." I'd like to see Mr. DeSantis explain that to some out-of-work father whose kid was just diagnosed with leukemia. I'd buy tickets for that.

But then, Republicans have been saying a lot of dumb things about poor people and health care in their zeal to repeal the Affordable Care Act.

Rep. Roger Marshall (R-KS) went biblical to explain why we shouldn't be overly concerned about making sure the poor have access to doctors. In an interview with Stat, a medical-affairs website, he opined as follows: "Just like Jesus said, 'The poor will always be with us. There is a group of people that just don't want health care and aren't going to take care of themselves."

Meantime, Rep. Jason Chaffetz (R-Utah) said poor people need to get their priorities straight. "Rather than getting that new iPhone that they just love and want to go spend hundreds of dollars on that," he told CNN, "maybe they should invest in their own health care."

For what it's worth, Chaffetz and Marshall walked those comments back. Forgive me if I am not impressed. Actions, as they say, speak louder than words and their party's recent action -- a bill to replace the ACA -- is a bullhorn touting its scorn for the poor. According to the nonpartisan Congressional Budget Office, the GOP bill would result in 24 million people losing their coverage by 2026. Medicaid would be slashed by $880 billion. Planned Parenthood would be effectively defunded for a year.

While the wealthy get big tax cuts.

One hopes poor people are paying attention. It is infuriating to watch politicians pontificate about the underclass -- iPhones? Really? -- without the bother of actually understanding what life in the economic margins is like. They never speak to the poor, but only about them -- or rather, about some abstract stereotype of them.

The poor can be safely ignored largely because they allow themselves to be split along tribal lines of creed and color and kept at one another's throats. Then they are nickled and dimed and robbed damn near blind by monied interests and their political henchmen. The new health care bill is a prime example.

Things like this will continue until the poor understand themselves as a constituency and organize their votes accordingly. It's easy to insult people when you don't have to answer to them.

It'll be different the instant politicians feel compelled to seek poor people's votes. Let's hear them say those insulting things at the dark end of a bright and gaudy street.

Leonard Pitts is a columnist for The Miami Herald; readers may contact him via e-mail at lpitts@miamiherald.com.