OTTAWA—An investigation has found a pilot who died during a training mission near the Alberta-Saskatchewan boundary didn’t eject or call for help before the crash.A release from the Department of National Defence says Capt. Thomas McQueen, who... 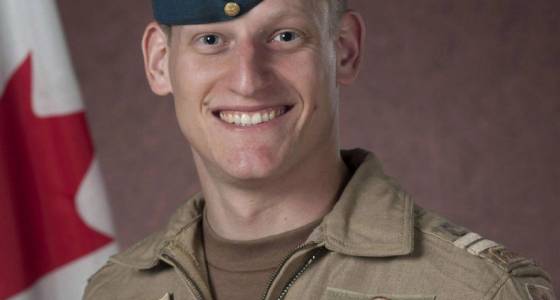 OTTAWA—An investigation has found a pilot who died during a training mission near the Alberta-Saskatchewan boundary didn’t eject or call for help before the crash.

A release from the Department of National Defence says Capt. Thomas McQueen, who was 29 and from Hamilton, Ont., died on impact in the November crash.

The department says McQueen’s single-seater plane was part of an exercise which involved dropping simulated bombs over the Cold Lake Air Weapons Range in Saskatchewan.

Armed Forces squadron mourns pilot killed in crash; ‘It’s like we lost a member of our family’

The investigation has found the plane was flying at an altitude of 137 metres when it dropped its simulated bomb and then tried to manoeuvre away to avoid any simulated bomb fragmentation.

The Airworthiness Investigative Authority says McQueen’s plane spun out of control following the simulated bomb drop and crashed to the ground, exploding on impact.

Another pilot witnessed the crash and called for help.

There were no radio transmissions from McQueen, the authority said.

“He did not eject and was fatally injured when the aircraft struck the ground in a descending left turn,” the authority said in its summary Monday.

“The investigation is continuing to examine all the operational and technical factors that may have played a role in the accident.”

The air weapons range covers almost 30,000 square kilometres spanning the two provinces. Cold Lake is the busiest fighter base in the country and provides fighter pilot training for all Canadian Forces pilots.

McQueen had been with the Air Force for a decade and served in missions in eastern Europe and Iraq.

His family said he died doing what he loved. In a statement following his death, they said McQueen grew up on a farm near Hamilton and was engaged to be married.

He used to draw jets on his homework and “never wavered in his desire to be a fighter pilot,” said the family.

“Thomas loved speed, whether it was on a boat, his dirt bike, or breaking the sound barrier in his jet,” the family said.

“He loved everyone and always took care of others before himself. Thomas touched the lives of so many people, and he will be deeply missed.”