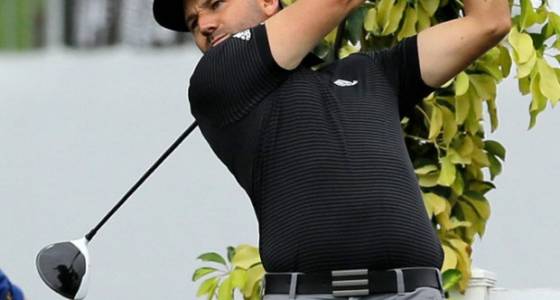 Scott of Australia is defending champion and ranked No. 7 in the world. Willett of England is the 2016 Masters champion. Thomas of the United States won in back-to-back weeks in Hawaii in January. Garcia of Spain won the Dubai Desert Classic three weeks ago.

HONDA CLASSIC
Site: Palm Beach Gardens, Fla.
Course: PGA National (Champions Course). Yardage: 7,140. Par: 70.
Purse: $6.4 million (First prize: $1,152,000).
Television: Thursday-Friday, 2-6 p.m. (Golf Channel); Saturday-Sunday, 1-3 p.m. (Golf Channel), 3-6 p.m. (NBC Sports).
Defending champion: Adam Scott.
Previous week: Dustin Johnson won the Genesis Open to reach No. 1 in the world.
Notes: What used to be the "can't miss" start of the Florida swing suddenly is missing plenty of star power. Defending champion Adam Scott at No. 7 in the world is the highest-ranked player. Rory McIlroy would have been there except for his rib injury. Tiger Woods, the biggest gallery attraction, withdrew because of back spasms. ... Masters champion Danny Willett is making his American debut this year. He has not played in the United States since the Ryder Cup. ... This is the 11th straight year at PGA National, matching the longest streak of any course to host the Honda Classic since an 11-year run at Inverrary from 1972-83 (Inverrary hosted The Players Championship in 1976). ... PGA National has hosted the PGA Championship twice (Jack Nicklaus in 1971 and Larry Nelson in 1987) and the Ryder Cup (1983). ... Rickie Fowler is in the field. The Californian played two events on the West Coast swing, missing the cut at Torrey Pines and tying for fourth in Phoenix. ... Dustin Johnson, who lives in West Palm Beach, has played the Honda Classic only three times. He missed the cut twice. ... Because of the World Golf Championship moving to Mexico, South Florida has just one PGA Tour event for the first time since 1970. ... Thirty-six players in the field already are eligible for the Masters.
Next week: WGC-Mexico Championship.
Online: www.pgatour.com