BELMAR - A petition urging Gov. Chris Christie to sign a bill that would allow bars with seasonal liquor licenses to open in time for one of the state's largest St. Patrick's Day parades has nearly 1,000 signatures. The bill (A1850) passed both... 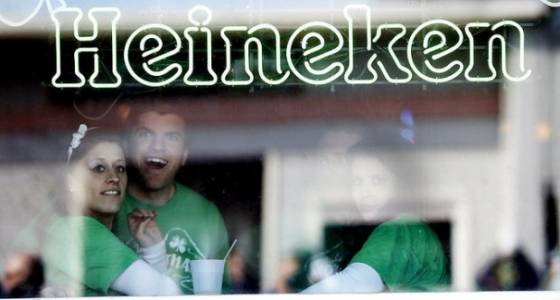 BELMAR - A petition urging Gov. Chris Christie to sign a bill that would allow bars with seasonal liquor licenses to open in time for one of the state's largest St. Patrick's Day parades has nearly 1,000 signatures.

The bill (A1850) passed both houses of the state Legislature and is now on the governor's desk. But time is running out on this year.

Owners of seasonal liquor licenses can't start serving alcohol until May 1. However, in the years following Hurricane Sandy, Christie signed executive orders allowing those establishments to open March 1 in an effort to help businesses get back on their feet after the storm.

Christie did not sign an executive order in 2016, and a bill to permanently extend the seasonal liquor retail season was pocket vetoed by the governor.

It's unclear if Christie will sign this year's bill. A spokesman for the governor's office said the administration does not comment on pending legislation.

Critics of the bill, which includes legislators and bar owners of year-round liquor licenses, said the bill sets a bad precedent and isn't fair to those establishments that pay a hefty price tag for a year-round license. Proponents, however, say extending the season by two months gets Shore residents back to work earlier.

"The extension will provide approximately 350 employees with eight extra weeks of work," the petition, posted on change.org, states.

It says the extra bars are needed to accommodate the estimated 60,000 people expected to attend Sunday's parade.

The petition does not state who started it. Critics of the new legislation have publicly criticized D'Jais for being the sole champion of the bill.