Bill Paxton, the affable actor who co-starred in a string of 1990s blockbusters including Twister, Titanic and Apollo 13 and later played the lead in the critically acclaimed television drama Big Love, has died. He was 61.7 Months Ago6 Months Ago2 Weeks AgoHis... 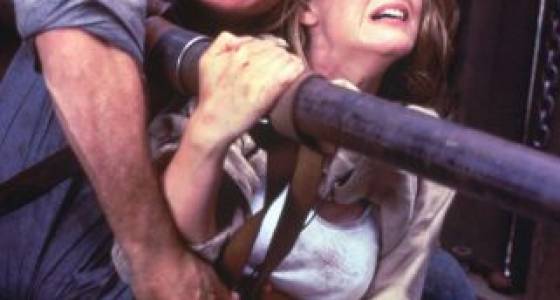 Bill Paxton, the affable actor who co-starred in a string of 1990s blockbusters including Twister, Titanic and Apollo 13 and later played the lead in the critically acclaimed television drama Big Love, has died. He was 61.

His death, from complications of surgery, was announced on Sunday by a family representative. The statement did not say when or where Paxton died, but Rolling Stone reported that he died Saturday.

Early in his career, Paxton had small parts in The Terminator in 1984 and Aliens in 1986. Both films were directed by James Cameron, who later featured the actor in more high-profile roles: as a used-car salesman who ripped off Jamie Lee Curtis' character in True Lies in 1994, and as the treasure-hunting scientist who salvaged the wreck of the ocean liner in Titanic in 1997.

In the 1990s, he also starred in Ron Howard's Oscar-nominated film Apollo 13, portraying Fred Haise, one of three men trapped orbiting above Earth, and in Twister, as a storm-chaser.

Over the last decade, Paxton appeared regularly on TV.

From 2006 to 2011, he played Bill Henrickson, the patriarch of a polygamist family in Utah, on the HBO series Big Love. He received three Golden Globe nominations for his acting on the show.

Paxton returned to TV this year as the star of CBS' new police drama, Training Day.

A spinoff of the 2001 movie starring Denzel Washington, the series premiered earlier this month and only four episodes have been broadcast. In total, 13 episodes of Training Day have been filmed, and Paxton appears in all of them.

In a statement, CBS and Warner Bros. Television said they were "shocked and deeply saddened" by Paxton's death, but they offered no word on the show's future.

Tributes to Paxton poured in on social media.

"Bill Paxton was, simply, a wonderful man. A wonderful man," Tom Hanks, a co-star in Apollo 13, wrote on Twitter.

"Bill Paxton could play any role, but he was best at being Bill — a great human being with a huge heart," wrote Arnold Schwarzenegger, who acted with him in True Lies.

Cary Elwes, one of his co-stars in Twister, shared a photograph of the two men on set and said he was "very sad" to hear of Paxton's death.

As an 8-year-old, Paxton's father had taken him and his brother, Bob, to see President John F. Kennedy on the morning of Nov. 22, 1963, in Fort Worth, hours before his assassination in Dallas.

"It was amazing to see President Kennedy, because God, I had mostly seen him on television in black and white and there he was in living color," he recalled in a 2013 interview.

"I remember just a really euphoric crowd. I was a bit young to really understand later the consequences of the event."

There is a photograph of Paxton from that morning, perched on a stranger's shoulders.

Paxton's survivors include his wife of more than 30 years, Louise Newbury; and two children, James and Lydia.

Long before his role in Big Love, Paxton was good-natured in assessing his status in Hollywood.

"It's always a little frustrating when you're reading a script after 10 guys ahead of you have had a chance to pick it over," he said in 1998. "You can almost see the bread crumbs. I haven't had a role that's propelled me into major stardom. Sure, I've had roles that put me on the playing field. A lot of base hits. No home runs."