Pastor had company sell pots and pans during church service

A Brooklyn pastor who complained about needing cash brought in a pack of aggressive salesmen from a shady cookware company to try to peddle pricey pots and pans to his aging congregants, a worshipper told The Post.The older, mostly Hispanic parishioners at... 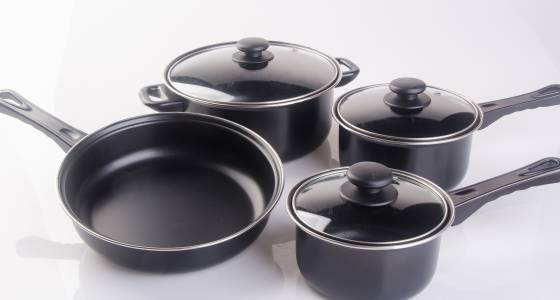 A Brooklyn pastor who complained about needing cash brought in a pack of aggressive salesmen from a shady cookware company to try to peddle pricey pots and pans to his aging congregants, a worshipper told The Post.

The older, mostly Hispanic parishioners at New Beginnings Church in Williamsburg were given the hard sell after last Sunday’s 2 p.m. service by the Royal Prestige cookware company, whose kitchen sets start at $1,700.

Some distributors pay rewards for referrals, though the pastor wouldn’t say if he collected any dough.

“They were selling pots and pans to people in church, and I instantly knew it was wrong,” said Walter David, 32, who was picking up his 81-year-old aunt.

“It was an infomercial-type set-up . . . like a Tupperware party except with pots and pans,’’ said David, who added that he has attended service at the church with his aunt for the past decade and heard Pastor Jaime Zelaya complain about money.

About 10 salespeople from Royal Prestige — which finances deals with high-interest payment plans — were trying to sign up new customers, David said.

He said one salesperson scared a prospective buyer by telling her, “Teflon can give you cancer, and this is surgical steel, and you’ll be safe with this.”

Zelaya, who lives in the same building as the church, admitted to The Post on Sunday that he invited Royal Prestige to speak to his flock but said he never pressured anyone into buying anything.

After this past Sunday’s sermon, he introduced a Post reporter to the congregants, which consisted of about 15 women.

“Did you feel pressured last week during the presentation?” he asked them out loud.

When no one replied, he said: “You see, no one feels bamboozled.”

When asked whether he was getting commissions for sales, the pastor told The Post, “What’s our business is our business.’’

Royal Prestige’s distributor, Hy Cite Enterprises, said people who provide access, such as Zelaya, might be offered a “gift.”

The church’s lawyer, Mark Weinstein, told The Post that Zelaya didn’t receive anything for hosting the demonstration.

Hy Cite has been sued various times. The most notable case was brought in California in 2008 and accused the company of “hoodwinking” consumers by using scare tactics.

It resulted in a million-dollar settlement, although the company admitted no wrongdoing.