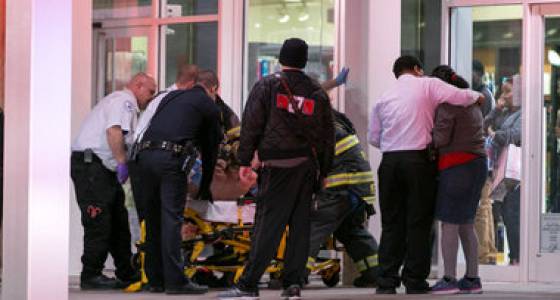 Roger Carney was pronounced dead at 6:42 p.m. at Lehigh Valley Hospital, Salisbury Township. He had been listed in critical condition in the burn unit there following the incident Tuesday night.

His death is attributed to complications of burns, the coroner's office said in a news release. The office ruled the death an accident.

Carney, who lived in the 400 block of Heckman Street in Phillipsburg, was using a butane lighter to light a cigarette about 6:50 p.m. Tuesday outside the main entrance to the mall in Palmer Township.

He ignited the hood of his sweatshirt that was drawn up over his head, leading to third-degree burns to his left arm and most of his head, township fire Assistant Chief Jim Alercia had said.