When the five incoming Palatine Township Elementary School District 15 board members are sworn in April 26, they will hold a majority and the power to make all of the district's important decisions.But if outgoing board members get their way, they won't... 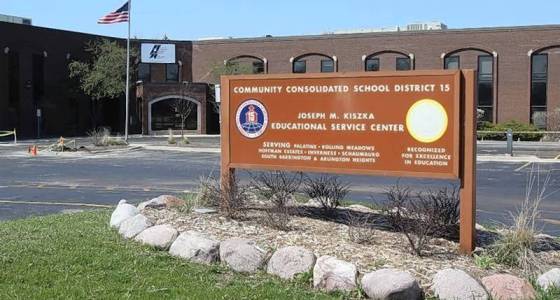 When the five incoming Palatine Township Elementary School District 15 board members are sworn in April 26, they will hold a majority and the power to make all of the district's important decisions.

But if outgoing board members get their way, they won't have a say in who fills Jessica Morrison's recently vacated seat.

The current school board hopes to fill the seat at a special meeting April 24, 11 days after announcing departure of Morrison, who resigned because she is moving out of the district. The hasty schedule gave potential replacements just six days -- including Good Friday and Easter Sunday -- to apply and board members five days to review applications and make a decision.

Board President Peggy Babcock, speaking for the board, said in a statement that the board decided to replace Morrison before current members left office because it was "in the best interest of the school district, and the best way to offer support for the incoming board."

"The current board members have 30-plus years of collective leadership on the governing board," Babcock said. "The wisdom gained from those years will help to select a candidate who can add to the productive work of the newly elected board members."

Under Illinois law, the board has 45 days to fill any vacancy. The decision to try to replace Morrison in just 11 days is different from what the board has done in the past.

In 2015, the board was unable to fill the vacancy created by the death of Richard Bokor within 45 days, leaving Bruce Brown, the regional superintendent of north Cook County schools, to choose Gerald Chapman as his successor more than two months later.

Lisa Szczupaj, who was among the five-candidate slate swept into office by voters April 4, said the current board should "do the right thing" and allow incoming board members to participate in the decision.

"Doing that would have done something to restore the level of trust the community has lost," Szczupaj said.

Fellow slate member Anthony Wang said he emailed Babcock and board Vice President James Ekeberg on Friday to see if he and the other members of the Engage D15 slate could contribute to the selection process. Wang said he has not heard back.

"The voters came out and made their decision as far as who they want on the board," Wang said. "Five or six days to review the applications seems like such a quick turnaround for me. I'd err on the side of prudence when it comes to civic trust."

The board's decision to quickly fill Morrison's seat has sparked outrage among some in the community. District parent Meghan Haddad spent part of her Easter Sunday uploading an online petition titled "Ensure Outgoing D15 Board Does Not Rush Board Vacancy Appointment."

In her petition, which had 221 digital signatures by Tuesday afternoon, Haddad said rushing what should be a thoughtful and measured vetting process was an affront to the taxpayers and stakeholders of District 15.

Fellow parent Len Green said the actions reflect how little the outgoing board values communication with the community. He sits on the community engagement committee formed late last year and expressed frustration that it has not been involved in the decision.

"You can't set up an engagement planning committee to improve relations and then do the exact opposite of what you've chartered them to do," Green said. "Their deeds are much louder than their words."

"I have greatly enjoyed the cooperative experience of serving on the board," Morrison wrote in her letter of resignation. "There is still work to be done and I trust that the new board will work toward solutions to benefit all of the stakeholders in the community."

The current school board is Babcock, Ekeberg, Chapman, David Seiffert, David Gurion and Zubair Khan. Babcock, Ekeberg and Chapman lost their re-election bids and Seifferet and Gurion decided not to run.