The big question that will be answered during Sunday's 89th Academy Awards is this:How much of an impact will the #OscarsSoWhite campaign have in influencing the 6,687 Academy members?After two consecutive years of all-white nominees in the acting categories,... 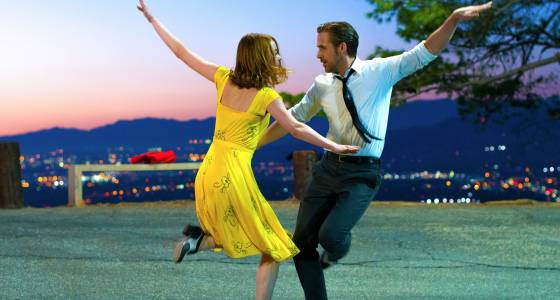 The big question that will be answered during Sunday's 89th Academy Awards is this:

How much of an impact will the #OscarsSoWhite campaign have in influencing the 6,687 Academy members?

After two consecutive years of all-white nominees in the acting categories, seven nonwhite performers are competing for the Oscars. Eleven other nonwhite filmmakers (including "Manchester by the Sea" producer Kimberly Stewart and "Moonlight" director/writer Barry Jenkins) are up for the Oscar.

But will Academy voters bestow the statuette upon nonwhite filmmakers and truly become #OscarsSoDiverse?

Here are my predictions:

Best Picture: Academy voters have a clear choice: Go with the daring and innovative musical "La La Land" or stick with the much more traditional crowd pleaser "Hidden Figures."

For a time, the contest looked like a slugfest between Damien Chazelle's "La La Land" and Barry Jenkins' cutting-edge character study "Moonlight," both highly beloved by film critics.

But Oscar voters aren't critics, and they don't appear to be in the mood right now for a super-serious drama about a gay black male growing up with a drug-addict mother in 1980s Florida.

Voters want something upbeat, something heroic and something important they can point to as being prestigious enough to win the big golden enchilada. That's why the fact-based newspaper expose drama "Spotlight" won last year.

If voters want another upbeat, heroic and important movie for its best of 2016, "Hidden Figures," the well-crafted, fact-based story of three black female mathematicians working at NASA during the Mercury space program, would be it.

"Hidden Figures" is hugely popular, whereas "La La Land" tends to elicit love-it-or-hate-it responses. If that divisiveness carries over into the Oscar voters, "Hidden Figures" will benefit from its strong performances (especially the Oscar-ignored Taraji P. Henson), excellent-but-Oscar-ignored score and its powerful "diversity-makes-us-better" theme.

The downside? At its core, "Hidden Figures" is a safe, formulaic underdog story.

So, I'm betting on "La La Land," because it's anything but safe and formulaic, and the Oscar voters will recognize it as a prestigious, cutting-edge work.

Actor: "Manchester by the Sea" star Casey Affleck had the Oscar in the bag for a long time. But wait! Accusations of crude and lewd behavior directed against women surfaced and tarnished his star.

Then, an apparent swell of support for "Fences" director/star Denzel Washington netted him the coveted Screen Actors Guild Award, a significant but not decisive indication of an Oscar win.

Hold the phone! After that, the BAFTA awards named Affleck actor of the year, signifying a virtual tossup.

The tiebreaker: Oscar voters loathe controversy unless it involves Roman Polanski. Accusations of sexual misconduct will be just enough to tip the vote to Washington.

Actress: Emma Stone as the struggling actress in "La La Land" will win. Her character, like her many others, is a frayed electrical wire of raw emotion. And she spent months being trained to dance and sing. Natalie Portman's "Jackie" has a slim chance to take the Oscar, as does "Florence Foster Jenkins" star Meryl Streep, who stands to stage an upset.

Supporting Actress: The grudge match boils down to Michelle Williams as the apologetic ex-wife in "Manchester by the Sea" and the great Viola Davis as Denzel Washington's co-star wife in "Fences."

No, actually, I'm just being nice to Williams out of respect for her superb performance. Davis has a lock on this statuette. She dominates every frame she's in and steals the scenes from every co-star.

Supporting Actor: For the longest time, "Moonlight" star Mahershala Ali held a runaway lead over "Lion" actor Dev Patel, despite that Patel has the leading role for more than half the movie.

Patel won the BAFTA award earlier this month, suggesting the race is closer than previously thought. Nonetheless, Ali's galvanizing, soul-bearing performance as a paternalistic drug dealer should win the Oscar.

Everything in this fragile, carefully balanced motion picture -- the story, the characters, the casting (serious actors instead of professionally trained singers and dancers), the music, the visuals and camerawork -- would have misfired horribly without a master director at the helm to pull everything together, keep the tone consistent and never dumb-down the content.

Jenkins ranks as a cutting-edge director for "Moonlight." Chazelle is even cutting-edgier.

Original screenplay: "Manchester by the Sea" (although "La La Land" could snag it)

Documentary: "O.J.: Made in America"

Foreign Language: "Toni Erdmann" (although "The Salesman" could win as a political thumbed-nose to President Trump's Muslim travel ban)