Oscars 2017 highlights: the 89th Academy Awards as told in GIFs

CLEVELAND, Ohio -- The best of the best in movies were honored at the 2017 Oscars at the Dolby Theatre in Los Angeles. In case you missed it, here's a recap presented solely in GIFs. Before the ceremony, the stars walked the red carpet. Justin Timberlake... 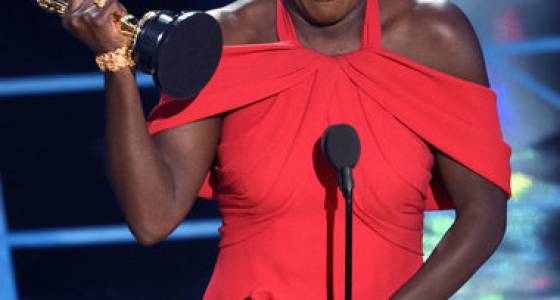 CLEVELAND, Ohio -- The best of the best in movies were honored at the 2017 Oscars at the Dolby Theatre in Los Angeles.

In case you missed it, here's a recap presented solely in GIFs.

Before the ceremony, the stars walked the red carpet. Justin Timberlake made a habit out of photo bombing people.

This GIF gets better with every loop. #Oscars https://t.co/MjxouWqYTH pic.twitter.com/pyphR5MdvZ

JT opened the show with a performance of "Can't Stop the Feeling," his Oscar-nominated song from "Trolls"

"I think there's a really good chance they're gonna let you back in [NSYNC]" -- Kimmel giving kudos to @jtimberlake at #Oscars pic.twitter.com/OEdxvcjiWQ

When Jimmy Kimmel puts you on blast... #Oscars https://t.co/9K89XpZgBx pic.twitter.com/UKce4LazUv

The first award of the night went to...

when u were nervous but u totally crushed it #oscars pic.twitter.com/CkL1BrqAdD

Everyone watching Viola Davis' speech at the #Oscars pic.twitter.com/Rv41Vu0ffD

Iranian filmmaker Asghar Farhadi, who boycotted the Oscars because of President Trump's travel ban, sent two Iranian American citizens to accept the award for Best Foreign Language Film on his behalf and read a statement

"My absence is out of respect for the people of my country," says #Oscar winner Asghar Farhadi in a statement pic.twitter.com/jed7adxP3Y

Did you like "Zootopia?" It beat its Disney rival "Moana" for best animated feature.

Michael J. Fox -- Marty McFly!! -- just arrived on the Oscar stage with Seth Rogen in a DeLorean! Whoa, this is heavy.

-- UPROXX (@UPROXX) February 27, 2017 and Lin Manuel-Miranda is having a good time. He's still waiting to see if he wins the EGOT.

Jimmy Kimmel really just tweeted at @realDonaldTrump in the middle of the #Oscars pic.twitter.com/DB377MIQaD

Mean Tweets is always good for a laugh.

LOOK AT MY PARENTS RYAN GOSLING AND EMMA STONE LOOK HOW BEAUTIFUL THEY ARE #Oscars pic.twitter.com/eT0A5KfksR

We could listen to @johnlegend all day, every day. #Oscars pic.twitter.com/PwD18vE8Yk

No surprise "City of Stars" from "La La Land" wins best original song, it's been in our heads since we first heard it over Christmas. "La La Land" is now the leader of the night with four Oscars.

Gone, but not forgotten. [?] #Oscars pic.twitter.com/al4ImnNwKF

And "Manchester by the Sea" is on the board

"Moonlight" wins its second award of the night.

"La La Land" may not have gotten the record, but it's turned out to be a pretty good night.

Casey Affleck wins his first Oscar for "Manchester by the Sea"

In his acceptance speech, Affleck thanked Denzel Washington. He seemed to get emotional about it.

It has to be Emma, right?

"Thank you for making me laugh." - Emma Stone to @RyanGosling. #Oscars pic.twitter.com/QthxbfnLol