CLEVELAND, Ohio - If you listen to interviews with producers responsible for ABC's coverage of the Academy Awards, you'd think that their primary goal is to quicken the pace of the often-laborious proceedings. You'd get the idea that their mission impossible... 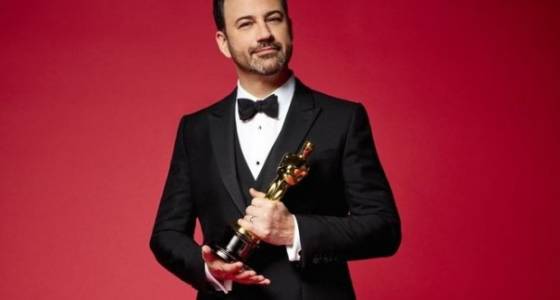 CLEVELAND, Ohio - If you listen to interviews with producers responsible for ABC's coverage of the Academy Awards, you'd think that their primary goal is to quicken the pace of the often-laborious proceedings. You'd get the idea that their mission impossible is get the self-congratulatory marathon to come in on time (or slightly less past time).

What: Jimmy Kimmel is the host at the Dolby Theatre in Hollywood.

Sure; that's right. How about those thank-you speeches that need to be so rudely cut off by the increasingly insistent and loud orchestra? How about those clunky musical numbers that Oscar watchers so love to mock?

These are minor considerations compared with the really big problem facing the 89th Academy Awards, airing at 8:30 p.m. Sunday, Feb. 26, on WEWS Channel 5. (ABC's red-carpet coverage begins at 7 p.m.) The plain fact is that little Oscar has a ratings problem.

Tinseltown's heavyweight awards bash has lost a big chunk of viewers for the last three years. Note the alarming trend. The viewership for the 2014 telecast, with Ellen DeGeneres as host, was 43.7 million. In 2015, with Neil Patrick Harris as host, it dropped to 37.3 million. Last year, with Chris Rock as host, it was down to 34.3 million.

Now, 34.3 million viewers is nothing to scoff at. That's about twice as many viewers as showed up for the seventh-season premiere of "The Walking Dead." It's a formidable prime-time number.

But adding to the producers' fear factor surrounding Oscar 89 is the realization that last year's rating represented an eight-year low for the Academy Awards. So the primary mission for producers Michael De Luca and Jennifer Todd is to reverse a worrisome trend.

They'll attempt this with popular comedian and late-night host Jimmy Kimmel as host at the Dolby Theatre in Hollywood. They'll try to get things back on track with musical performances by Lin-Manuel Miranda, Auli'l Cravalho, Sting, Justin Timberlake and John Legend.

Still, none of this glitter and glamour will count for much when the ratings are tallied. De Luca and Todd can put on the fastest, funniest and most entertaining show in Oscar history, and it will not make any difference. What matters is how many people tune in.

What will make the difference in that is something quite beyond their control. How emotionally invested are viewers in the films and performances competing for Oscars at the Dolby? Do they feel that deep connection to "Arrival," "Fences," "Hacksaw Ridge," "Hell or High Water," "La La Land," "Lion," "Moonlight" and "Manchester by the Sea"? Do they care?

In the '70s and '80s, it seemed as if everyone cared and couldn't wait to settle down in front of their television sets to see what names would pop out of the envelopes. Little Oscar's golden veneer is looking a trifle tarnished these days, thanks to a steady decrease in interest.

But the Academy Awards are still the biggest game in town, so long as the town we mean is Hollywood. And that tarnish? Nothing that can't be removed by a badly needed upswing in viewership.

The winners and losers among the nominees we'll know Sunday night. Oscar's standing will be known when we turn to the Nielsen ratings counters and ask, "May we have the envelope, please?"

If the ratings improve, the producers will have little to do with it. The victory will already have been won by the likes of "La La Land" and "Manchester by the Sea." We'll see.