Orlando police determined a suitcase found at Colonial Plaza Saturday afternoon was not dangerous.Officers responded to the busy open-air shopping center after the suitcase was found abandoned near a car in the parking lot.An officer at the scene said it... 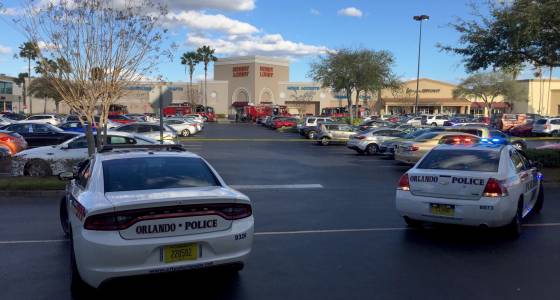 Officers responded to the busy open-air shopping center after the suitcase was found abandoned near a car in the parking lot.

An officer at the scene said it wasn’t just the suitcase that caused alarm — it was the information contained in the 911 call that was made. That call has not yet been released.

Police cordoned off the area at 2426 E. Colonial Drive just east of downtown Orlando, as the package, a dark, olive green suitcase, was searched, said an Orlando Police Department spokeswoman.

The Orlando Fire Department Bomb and Arson unit also responded, the spokeswoman said. No other information has been released.

Colonial Plaza is a shopping center near the intersection of Colonial Drive and North Bumby Avenue. It features restaurants and big-box retailers like Old Navy, Hobby Lobby, Ross and more.

Several cars in the parking lot were blocked inside police tape during the afternoon incident.

Bob Lewis said he and his wife were told by police to remain inside Hobby Lobby. They were later allowed to exit through a back door, away from where the suitcase was located.

Others weren’t so lucky and were stuck inside stores for over an hour as authorities used a robot to inspect the bag.

Jenny Arrison, 45, was also shopping in Hobby Lobby when police told her she couldn’t leave and had to stay inside.

“I definitely wasn’t planning to go out shopping for this long but I’m glad it was nothing and police checked it out,” she said.

No injuries were reported during the incident.