The Orioles continued to shore up their infield depth Saturday, re-signing veteran infielder Paul Janish to a minor league deal with an invitation to big league spring training.Janish hit .194/.286/.226 in 14 major league games with the Orioles last season,... 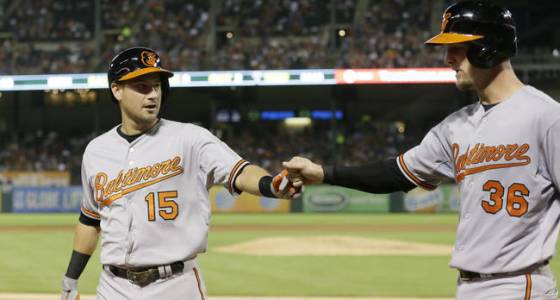 The Orioles continued to shore up their infield depth Saturday, re-signing veteran infielder Paul Janish to a minor league deal with an invitation to big league spring training.

Janish hit .194/.286/.226 in 14 major league games with the Orioles last season, but his biggest value was as defensive insurance at shortstop, third base and second base the past two seasons.

He spent most of the past two seasons at Triple-A Norfolk primarily as the team’s starting shortstop. Last year, he hit .248/.333/.280 in 76 games for the Tides.

In recent weeks, the Orioles have made several moves to address their lack of infield depth, also signing veterans Johnny Giavotella, Robert Andino and Chris Johnson.