SPRINGFIELD, Ill. -- Opening statements are scheduled in the retrial of a former Illinois prosecutor charged with first-degree murder in the death of his first wife.Former Adams County Assistant State's Attorney Curtis Lovelace was arrested in 2014 on charges... 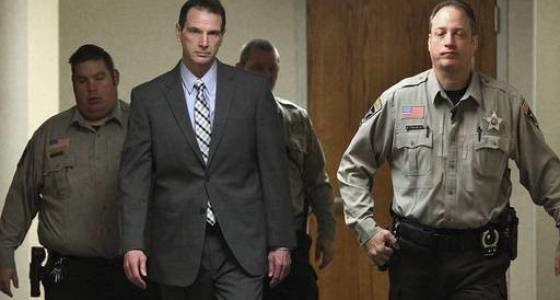 SPRINGFIELD, Ill. -- Opening statements are scheduled in the retrial of a former Illinois prosecutor charged with first-degree murder in the death of his first wife.

Former Adams County Assistant State's Attorney Curtis Lovelace was arrested in 2014 on charges that he suffocated 38-year-old Cory Lovelace in 2006. Curtis Lovelace says he discovered her dead after he dropped their children off at school. His first trial ended with a deadlocked jury.

Prosecutors and the defense are to give their statements Wednesday, a day after a jury was selected.

At Lovelace's first trial a year ago, the jury of 10 men and two women couldn't reach a unanimous decision after two days of deliberations

The trial was moved from Adams County in western Illinois to Sangamon County on a change of venue request.